How Litter Box Hygiene Can Affect Your Cat’s Health 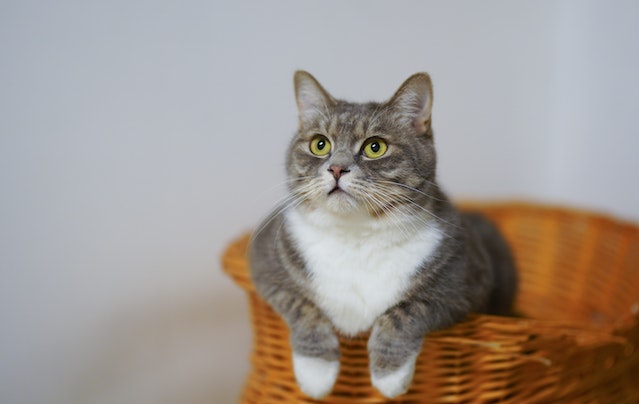 If you care about your feline friends, you probably do a good deal of investigation into the sort of food and medications you give them. Unfortunately, concerned cat owners may not realize just how severely the state of the litter box can affect their cat’s lifespan. Provided below is a breakdown of just some of the issues that can arise from poor litter box habits.

When a litter box becomes improperly cleaned, there is a risk that the cat will squat over the box and push down a paw upon old leavings. The bacteria that linger within that leavings can potentially travel upward from a cat’s paws, into its urethra and contribute to a UTI.

If you or your family has a hard time getting around to routinely cleaning out the litter box, you might consider investing in a modern cat litter box that comes equipped with a self-cleaning feature.

When the bladder of the cat becomes inflamed, it can contribute to lower urinary tract disease. While the specific causes of FIC remain unknown, veterinarians have at least figured out that stress plays a significant role in its development. Stress that comes from dealing with a filthy litter box can show up as inflamed nerves, such as the nerves responsible for filling the bladder.

Bladder stones are similar to kidney stones; the accumulation of minerals and organic material within the bladder. Bladder stones often arise due to some sort of disease or inflammation within the cat’s body and can reach a size that is large enough to completely cut off access to the urethra. Such a situation can greatly challenge the regular urinary habits of a cat. Bladder stones tend to arise as a consequence of a UTI, often the sorts of UTIs that arise from a filthy litter box.

This is a parasitic bacterial infection that causes a great number of intestinal issues. While you may be familiar with the waterborne condition known as giardia, this condition differs as it manifests in infected stools. This parasite tends to hang out in moist, cool environments, setting the stage for a thirsty cat to lap it up and later expel it with their stools. Those stools have effectively been turned into land mines that risk exposing the cat, and even the person cleaning the cat’s litter box, to the parasite.

There are several nasty ailments that a cat can develop when its litter box goes uncleaned after multiple days have passed. While the ideal policy is to clean out a cat’s litter box at least once a day and to wash the box clean once a week, not every owner has the time. Invest in a modern litter box and you can be sure that your cats will have a lower risk of developing giardiasis, UTIs, bladder stones, or FIC.

Google Photos wanted to remind me this morning that I used to travel with Angeles and have amazing times across most of the country, I love the memories we’ve made and I can not wait to hug my friend in real-time again. Love you big.
Noticed this new sign and turned around. It’s where the Blueberry Muffin in NoCo. Lunch time with Chloe and Rick.
A view of earth looking back from Orion in deep space … I see two:three versions of a face - one that is like a cat woman and the other a scary monster, or maybe, George Washington depending on the angle. What do you see?
Dad said today would be doughnut day. Dad delivered.
Together in heart no matter how far apart. I Bought them matching NASA space monkeys. I’m going to print these out for them both.
Tis the season to wish for a farm …