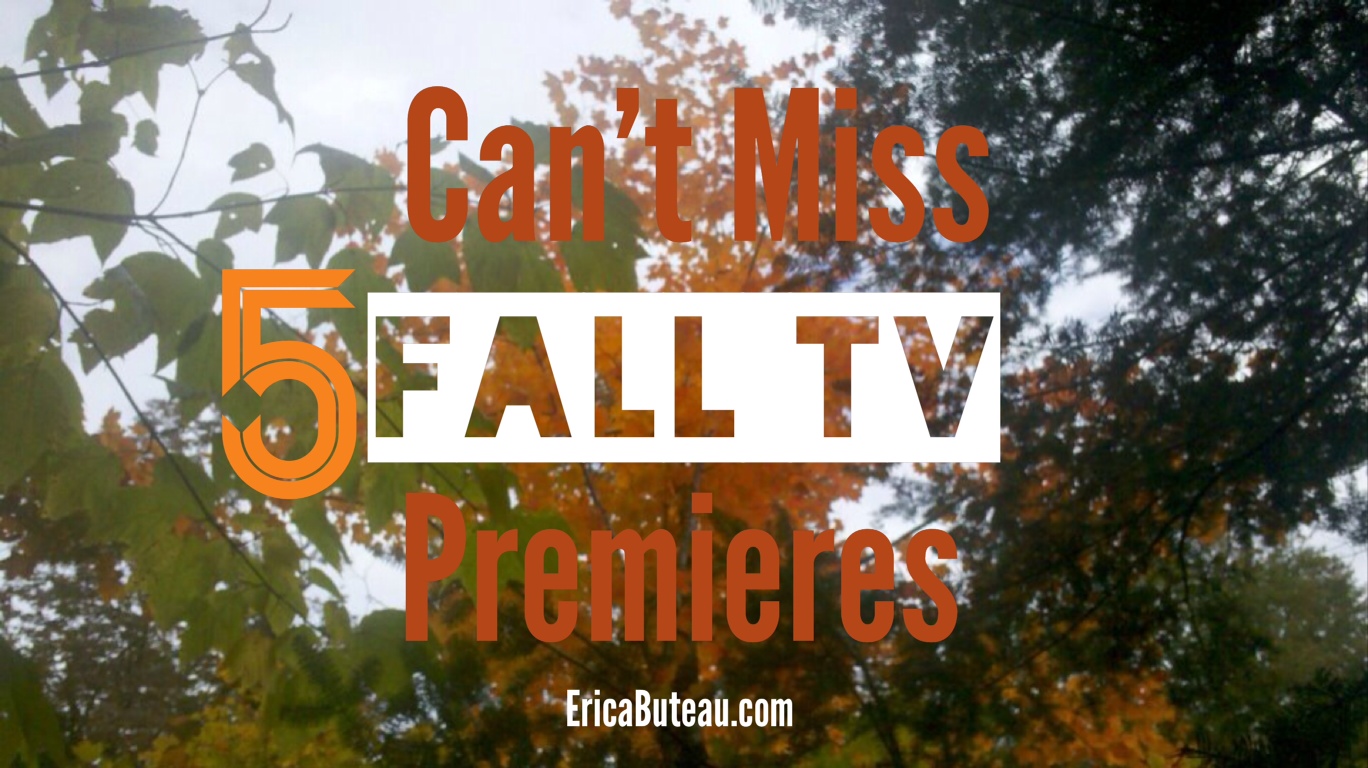 The kids have been back to school for two weeks. We drained and packed away our swimming pool over the weekend. One night last week the low dipped down to 30 degrees. Today the high isn’t expected to go above 60. Summer is officially over here in Northern New Hampshire. Not according to the calendar which says we technically have a few weeks left.

Fall is here. Just take a look at the isles in the stores filled with fall decorating and Halloween candy on display. All of the summer merchandise is on clearance. It’s over. I’ve got to face it and find my silver lining. Hoodies! Breathtaking New England fall foliage. Apple picking with the kiddos! Football! (Go Pats!!) And, good TV.

We don’t have cable so we watch ABC with an antenna and/or on Hulu+ and supplement with Amazon Instant and Netflix, all on our Roku player. Below are the shows that I love to watch from can’t ever miss an episode to “this is funny so I’ll watch” and a few that I haven’t decided on yet. I’ve also included my favorites from this summer.

Five More Shows I Will Watch

Five Shows Still Up in the Air

Five Shows I Watched This Summer

This was floating around on Facebook. Worth the watch and maybe encouraging others to take action as well! Also, this month is Hunger Action Month.

Check out my post about Moms Fighting Hunger and how you can help the one in six hungry Americans today!

What are you Watching?

What Fall Premieres are you waiting for? Am I missing any great shows? Hate any on my list? Sound off!