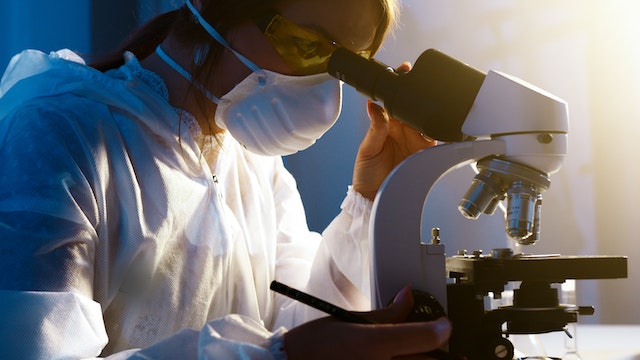 Learning is possibly the most essential function of life for everyone. We come into this world with a blank slate and add information to the slate throughout our lives. This process starts from the moment we begin to innately understand that we are alive. It is indeed a different process at different stages of our existence. However, once we have learned the basics of our existence, we then start learning tidbits of information that eventually become the pieces to a massive puzzle that is ingrained in our psyche as we go forward in this realm. And the process changes as we go through the three conventional life stages. Those who become professionals in academia either choose arts or sciences as their path and the methods in which they acquire data through research can vary. Here are six scientific methods that either discipline may utilize.

The oldest method of scientific research is observation. However, merely looking at an object or watching a process is not always sufficient. Any particular phenomenon needs introspective analysis as well as common sense superficial observation. The eyes can assuredly be deceiving a first glance, so watching any movement or a closer inspection is always advisable for better accuracy in forming a conclusion.

Learning is typically accomplished most effectively by reducing a subject to its simplest form and presenting the explanation. This is often best accomplished by drawing a picture, including using various types of graphs. Pictures may actually be one of the best forms of general communication throughout history, and they are generally the next oldest learning technique. In the modern world, the use of graphical abstract is the most common, and it is used in a wide variety of scientific research analyses.

Hypothesis formulation is also an ancient form of learning that has been used since at least the days of the Athenian thinkers and philosophers. Many scientific researchers begin with a question or a statement of condition that can be evaluated from multiple angles. This requires a significant application of logical deduction. There are four basic methods of reasoning when a hypothesis is considered. Those are deductive, inductive, abductive, and inferred.

Compiling a considerable amount of data for common analysis is also an excellent and common scientific research method for the curious-minded individual. Many times a field of data will carry its own logic when certain criteria are evaluated. Logical deduction often wins in this situation, and it can be a very effective common-sense method of understanding for all learners.

Experimentation is probably the best-known method of research for the hands-on physical scientist when attempting to analyze any particular hypothesis or phenomenon. Physics is also the least questionable with respect to a conclusion because natural action and interaction is not deceiving for the most part. When conducting any experiment, the experimenter can be reasonably assured that the final outcome is correct with little skewing of the data that indicates the final analysis, including absolute proof.

Written and verbal communication are the most common scientific learning methods for all of society, and it is the basic form of learning for most who pursue knowledge in a formal setting as well. The high school and college lectures come to mind first, but reading has also been incalculable in its impact. Reading has easily actually been the most effective method of scientific learning since the invention of the printing press by Johannes Gutenberg prior to the Renaissance period of the 15th Century. More information has also recently been revealed regarding the printing press, as it was also used in China many years before the technology appeared in the western hemisphere.

Of course, we are assuredly in the digital age in contemporary society, and the sky is the limit on the number of ways any scientific researcher can employ learning via the world wide web. The human ability to acquire and retain knowledge is one of the most remarkable abilities in the universe. In some ways, the universe is actually nothing but information in a combination of physical and ethereal forms. But the information still requires proper categorization and logical presentation for the scientific learning process to continue as we all go forward in life.

How to Find the Best Pediatrics Board Review Course