Ready to Switch Up Your Home? Check Out These 6 Home Styles 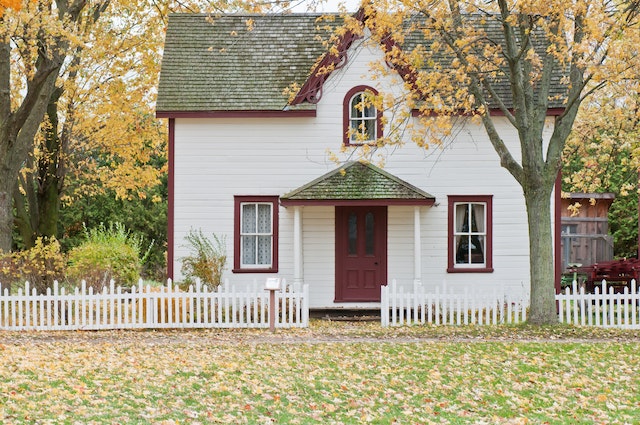 When it comes to your home, there’s no such thing as one size fits all. The style of your home should reflect your unique personality and taste. If you feel like your home needs a refresh, you might wonder what style would be the best fit for you. Many people tend to gravitate towards a specific style, but don’t be afraid to mix and match different styles to create a space that is truly your own. In addition to traditional styles like Colonial and Victorian, there are plenty of other home styles to choose from. Here are six popular home styles to consider when making a change:

When it comes to home styles, Cape Cod is about as classic as it gets. This style originated in New England in the 1600s and is characterized by its steeply pitched roofs, large chimneys, and shingled siding. Cape Cod homes are known for their cozy atmosphere and simple design. In addition, Cape Cod homes are typically built with a symmetrical layout. When decorating a Cape Cod home, stick to a nautical theme with lots of whites, blues, and yellows. This will help to create a space that feels both inviting and relaxing.

The Craftsman style originated in the United States in the late 19th century and was influenced by British and Spanish design. This style is characterized by its use of natural materials, like wood and stone, as well as its low-pitch rooflines and large porches. According to historic preservationists, Craftsman homes are some of the most well-built homes in America. Several factors, like the use of high-quality materials and attention to detail, contribute to the durability of these homes.

Another popular home style is French Country. This style is characterized by its use of stone and brick and its stucco exterior. French Country homes also typically have steeply pitched roofs and asymmetrical designs. Reviews from Zillow indicate that people love the “old-world charm” of French Country homes. If you’re considering this style for your home, decorate with plenty of rustic accents like wrought iron fixtures and antique furniture. Most importantly, don’t be afraid to add a little bit of whimsy to your space.

Midcentury modern is a style that has seen a recent resurgence in popularity. This style was originally popularized in the mid-20th century and is characterized by its clean lines and simple design. Midcentury modern homes are known for their large windows, open floor plans, and use of natural materials. A study conducted by Realtor.com found that people who live in midcentury modern homes are some of the happiest homeowners in America. If you’re considering this style for your home, be sure to focus on creating a functional and stylish space.

Several different styles of homes are collectively known as “Colonial.” This style is characterized by its use of traditional materials like wood and stone and its symmetrical design. Colonial homes typically have a central entryway that is flanked by equal-sized windows. In addition, Colonial homes often have two stories and a pitched roof. Also, this Modern home design helps to create a feeling of grandeur and sophistication. While Colonial homes can be found all over America, they are most commonly associated with the East Coast. This is because many of the first Colonial homes were built in this region.

The Victorian era was a time of great prosperity in America, which is reflected in the design of Victorian homes. These homes are characterized by their use of ornate details, like stained glass windows and intricate woodwork. In addition, Victorian homes often have tall ceilings, large porches, and asymmetrical designs. While many people associate the Victorian era with the color black, homes from this period were quite colorful. Also, they featured a wide range of colors, like deep reds, greens, and blues. If you’re considering a Victorian home, embrace the era’s love of color and decoration.

When you’re ready to switch up your space, there are many different home styles to choose from. Whether you’re looking for something traditional or more modern, there’s sure to be a style that suits your needs. Be sure to research and find the perfect home style for you and your family.

How to Make Your Front Yard Stand Out From Your Neighbors