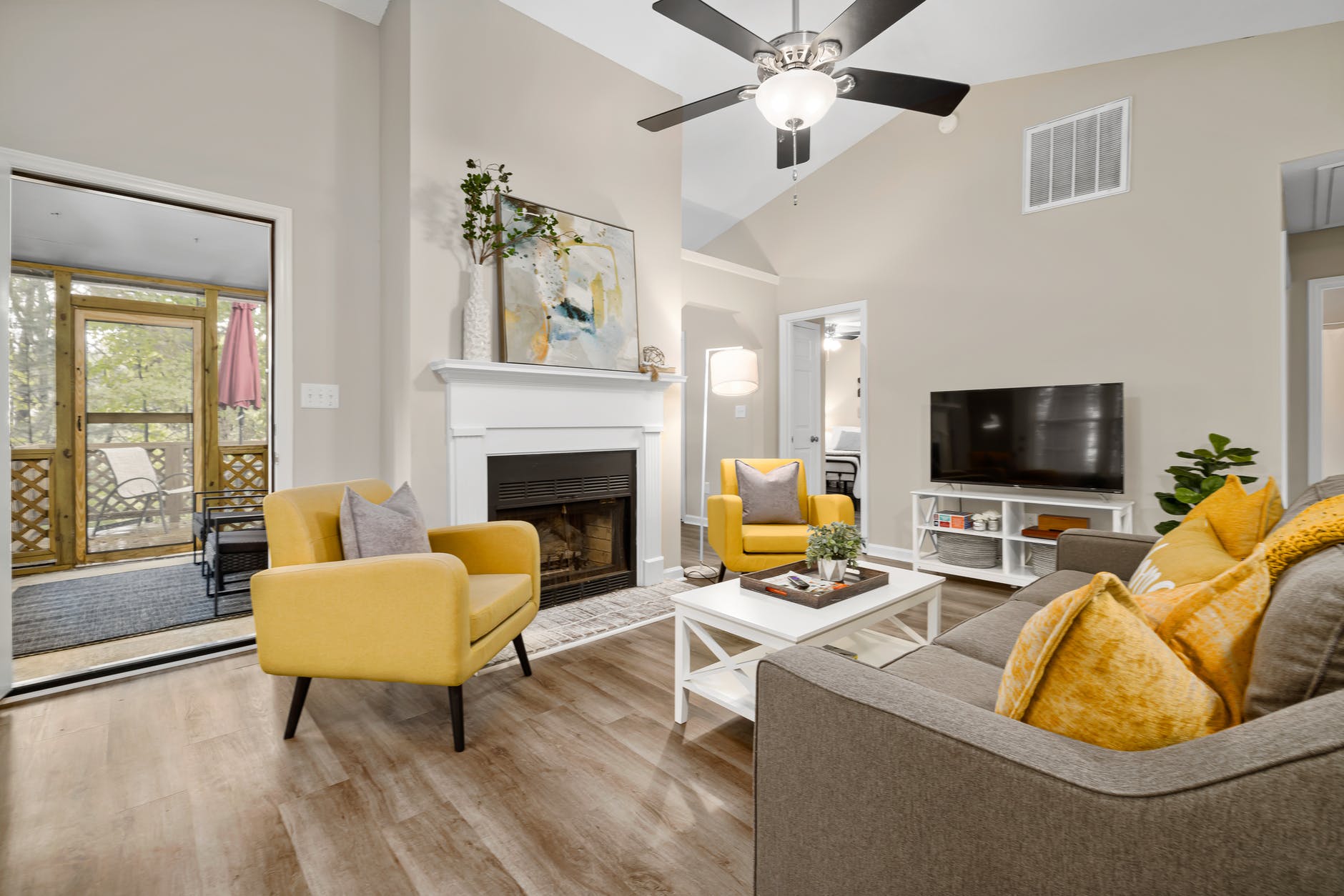 Ceiling fans provide a great way to ensure year-round comfort in a room. Ceiling fans also come in almost every style imaginable, so homeowners will find it easy to choose one for a room in their house. While they may seem simple to install, these fans can be dangerous if homeowners do not know what they are doing. Keep reading for a step-by-step guide on installing a ceiling fan.

A trained professional, like Express Handyman, can help homeowners choose the best fan for their room. Because a ceiling fan’s purpose is to circulate air in a room, be sure to choose the right size fan. Generally speaking, larger fans are for bigger rooms, and smaller fans are for smaller ones. Usually, rooms larger than three hundred square feet should use more than one fan.

When choosing a mounting type for the fan, try to keep an eight-foot clearance from the fan to the floor. Downrod mounts are great options for ceilings higher than eight feet, and flush mounts are best for rooms with low ceilings.

Choose a fan that goes well with the room’s decor. Match the knobs and finishes to those already in the home. Blades come in many finishes, including glass and frosted glass.

Be sure to use an electrical box designed to house a ceiling fan, as it can hold the weight and handle the vibration of a ceiling fan. Feed the electrical cable through the cut hole. Then, attach the box to the joist using the fan’s screws. Wrap the cable’s wire around the grounding screw inside the box, and allow the rest of the wire to hang down.

Place the ceiling medallion on the ceiling. Then, attach the ceiling plate to the box. If the homeowner wants it to match something else in the room, they should take the time to paint the medallion now.

5. Assemble the Fan and Connect the Wiring

Assemble the fan and feed the wires through the canopy. Set it on the motor and pass the wires through. Using twist-on connectors, join the green wires to the copper wire. Then join the white wires, followed by the black wires. Rotate the fan into position and secure it with canopy screws.

While it isn’t complicated, installing a ceiling fan can be dangerous. Be careful to follow these steps for a beautifully installed ceiling fan or contact an expert for help.

4 Options for Keeping Your Home Cool During Summer

Luxury Gift Guide for your Significant Other