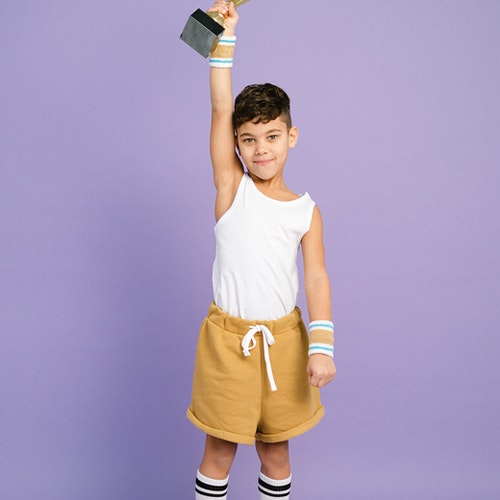 Individuals competed for prizes in the twentieth century and before. However, with children’s participation awards, the winner-take-all mentality is progressively receding.

Participation awards are essentially what their name implies. They are prizes, usually cups or medals, that effectively honor a child’s involvement in an activity. Some criticize them for not honoring specific achievements, thus raising questions regarding their authenticity.

This is especially crucial for kids who have just begun a sport or have competed for the first time.

After all, regardless of the contest, we can only have one winner. The least we can do for those who miss the mark is to acknowledge their efforts.

The participation award closes the gap between losers and winners by recognizing every child’s effort and struggle.

Participation awards mean much more than just appreciation for their efforts for aspiring athletes. It motivates them to work harder next time.

The trophy serves as a reminder to many that hard work and resilience are what count the most regardless of the outcome—on the other hand, having one’s efforts neglected can be demotivating and demoralizing.

Thus, it increases the confidence of every kid who participated in the contest, inspiring and propelling them to pursue such undertakings more frequently.

It Acts as A Reminder

The awards have a unique nostalgic meaning to them. They remind athletes and competitors of their difficult times. Engraved and custom-made trophies particularly deliver the most sentimental value, because children can see or remember the exact moments of the achievements.

A simple stroll down memory lane, reflecting on their younger days, can be beneficial in reigniting the former enthusiasm and passion they experienced in their careers.

Apart from reviving their zeal and fire, it also serves as a benchmark, reminding them of their journey.

Winning should not be a priority for a newcomer in a particular sport. The goal is always to encourage individuals to try harder next time and enjoy the game while they’re at it.

It is worth noting that when children lose constantly, they lose motivation. It’s easy for them to give up once they realize they’ll never win the race or score the most.

According to some, awarding participation trophies instills the wrong motivation in children.

They claim that children should be encouraged to join a team for other reasons than to win awards, such as enjoyment, exercise, or social interaction. And that without trophies, kids will learn their true motivations for participating in an activity or sport.

There are many arguments for and against awarding trophies. Coaches and parents can choose to award a participation trophy based on their own goals and motivations. Even so, awards can help motivate younger kids by encouraging them to play and rewarding their efforts.

Inability to Learn from Mistakes

Every child should have the opportunity to fail to learn how to recuperate and move on.

Kids Must Earn their Rewards

Allowing your child to go unrewarded will teach them they aren’t good at a particular sport. Accordingly, they can work on improving their skills or explore other options.

By showing your kids that there’s no shortcut to getting a reward, they will learn to embrace failure, adapt, and grow stronger from their life experiences.

It is argued that awards can kill a child’s competitiveness.

You can always instill a sense of competition by picking away. Saying that every kid is equal diminishes the motivation to try harder because your kids will know that you’ll reward them regardless of the outcome.

Children who often work harder may feel demotivated because they don’t see the point of struggling.

Choosing whether or not to award children participation trophies is a personal decision. Nevertheless, this article has raised important points for consideration. Awarding trophies to winners can go a long way in motivating performance, creating a sense of competition, and discovering one’s true passion.

Things Parents Can Do To Ensure Their Children Become Successful Adults