10 Tips and Tricks for Training Your Family Puppy 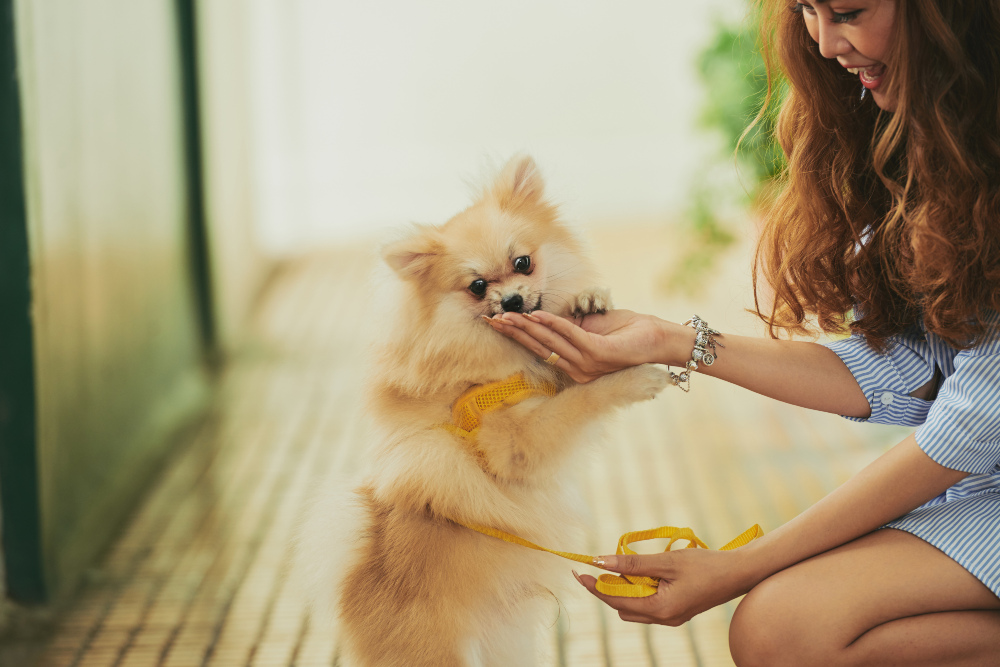 Bringing a new puppy into your household is a big commitment. Puppies are typically a lot of work early on as they’re full of energy and need to be taught the rules of the house. It’s also incredibly necessary that you start training your puppy as early as possible. Let’s take a look at ten essential tips for training a new puppy.

Naturally, you’ll want to pick a name that you love, but you should also pick a name with a strong ending that’s easy to say. This helps get your puppy’s attention during training. The best dog names usually have one or two syllables and end in a consonant, such as Ginger or Jack.

2. Decide on house rules in advance

Part of training a puppy is being consistent. For example, you can’t let him up on the sofa one day and then change your mind and ban it a few days later. If the furniture is off-limits, then it’s important to establish that from the start. This goes for any other rules such as wrestling or parts of the house that are off-limits.

3. Give your puppy his own den

One of the most important puppy necessities is a crate. Not only does it give you an easy way to take him to the vet for checkups, but it’s a good place to establish a private sleeping area. It’s always a good idea to let your puppy have some time alone in his crate. Reward him if he is good and sleeps or is quiet during that time.

4. Help your pup relax right away

One of the hardest things for new puppies is to change environments. They may be anxious and stressed. This is especially true if they came from a shelter. One of the best ways to help is to outfit his sleeping area with a hot water bottle and set a ticking clock nearby.

5. Teach him right away to come to his name

This is the absolute first training item to be reinforced. Start by getting down to his level and encouraging him to come to you using his name. You might use a treat or toy to get his attention in the early stages. When he comes, make a big deal of it with positive reinforcement. Do this early and often, both when he’s busy and not busy.

Treats, toys, and lots of love should be lavished on your puppy whenever he does something good. The idea is to make him want to obey you. For example, reward him when he comes to his name, when he alerts you that he needs to go outside rather than peeing inside, and when he stops doing something that you tell him not to do. In a similar vein, don’t ever reward bad behavior. For example, don’t use a treat to get his attention away from something naughty.

A jumping puppy might be cute initially, but it won’t be cute later when he’s bigger. You don’t have to reprimand him for this in the early stages, but instead, simply turn away and ignore him when he jumps. He’ll soon learn that it isn’t the right away to get your attention. When he settles down and stops jumping, then you can give him positive reinforcement.

Puppies and dogs quickly forget about something within a few minutes. That means you only have those few minutes to give him positive reinforcement for good behavior or scolding for bad behavior. You want to make sure that he associates the punishment or reward with whatever it is he just did.

There are two ways to approach this without scolding. Either swap a toy or act dramatically in pain when he nips you, which will cause him to react in shock and quickly stop.

Give him a treat and lots of praise whenever you finish a training session to make it something he looks forward to.

A new puppy may seem like a lot of hard work at first, but the great thing is that it will pay off with a good family dog that everyone can enjoy.