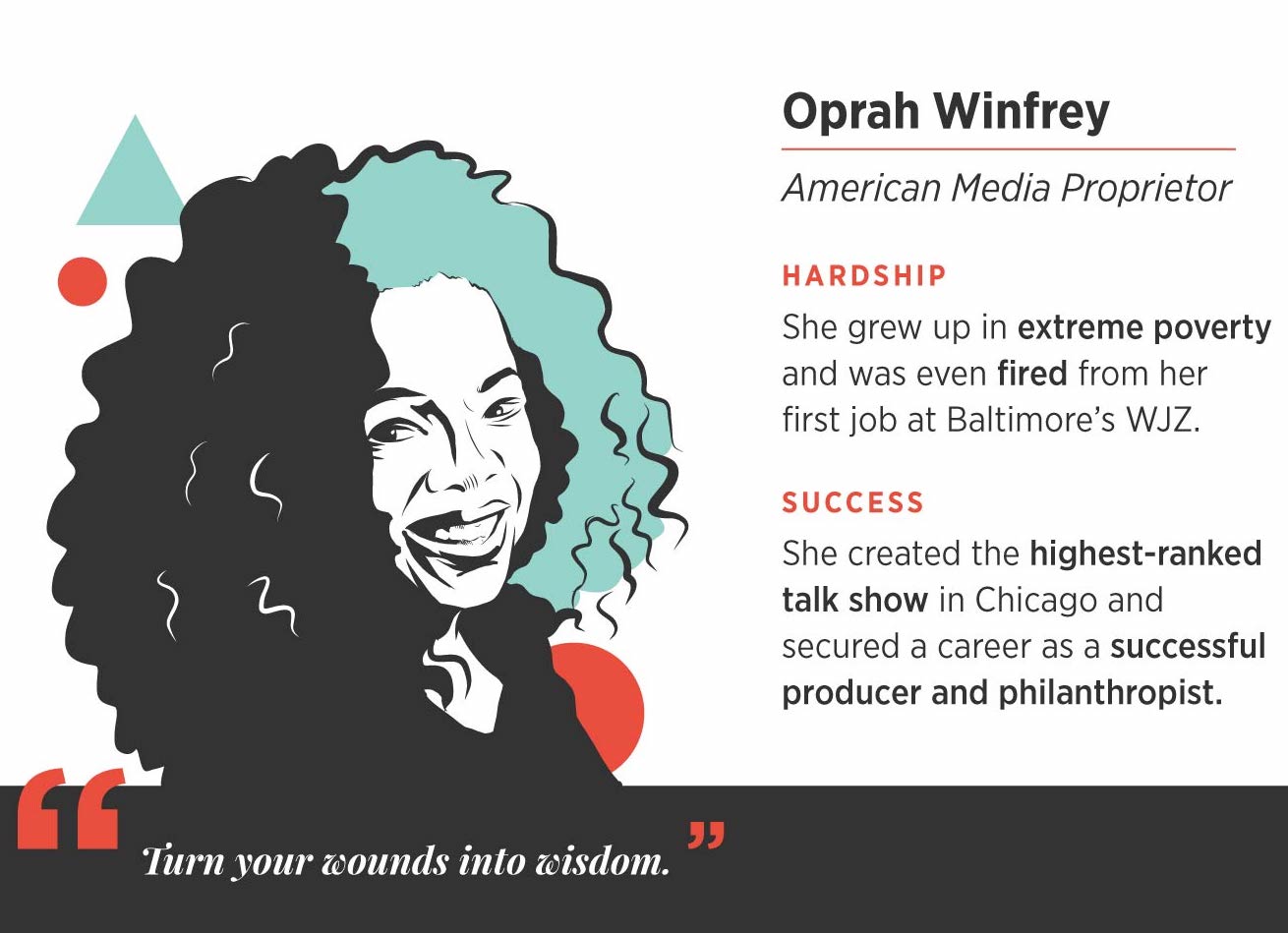 In order to succeed, you generally have to fail at least once. To become great at something, you’ll probably have to fail countless times. Failure is a way to weed out the less passionate. Only the truly determined and fervent of people have the ability to pick themselves up, dust themselves off and get back on the horse, so to speak.

This is exactly what now-famous creatives had to do before they made a name for themselves. People who you think might have always been famous (such as, Oprah Winfrey, Walt Disney, and Albert Einstein) actually weren’t world-renowned until later in life. Many of these figures we recognize so well today suffered and faced rejection before reaching celebrity status.

It tells a lot about someone’s character when they refuse to give up their dream no matter what puts them down. Check out this infographic from Invaluable to see how 12 creatives overcame immense failures in order to succeed. We should all take a page out of their book when it comes to accomplishing our own dreams.