The Health Benefits of Owning a Dog 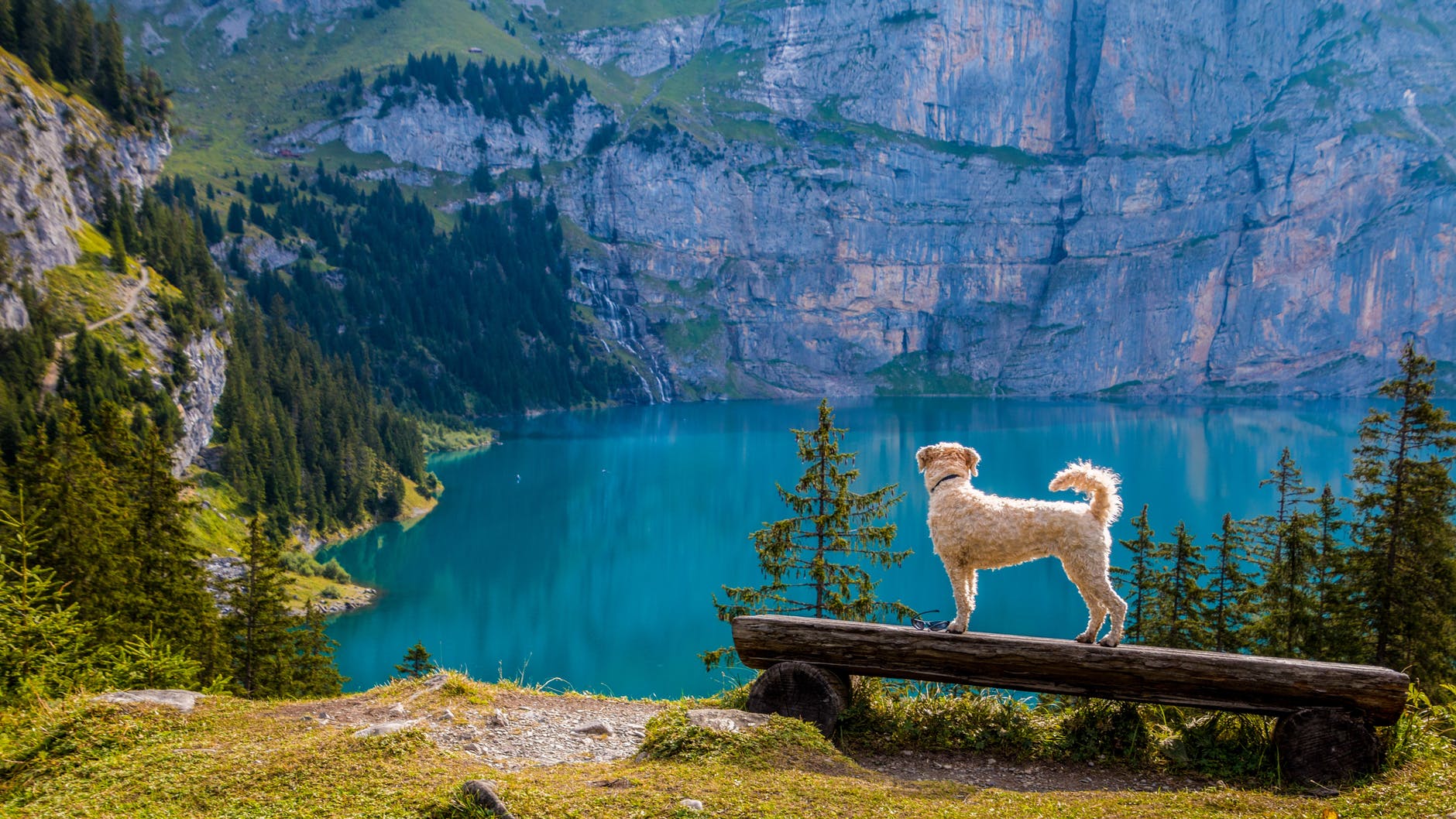 If you want to improve your chances of achieving your fitness goals and sticking to your weight loss ones, you might want to consider getting a dog. Not only will have a four-legged friend of your very own get you out and about more, but a canine companion will also boost your health and wellbeing in a number of indirect ways.

People who own pets have been found to visit the doctor less often for minor complaints. They are also generally happier, less lonely and more trusting than those who do not have pets. It is thought that this is because owning a pet gives your life a greater sense of meaning and this, in turn, makes you feel as though you have greater control over your day-to-day life and less inclined to dwell on minor inconveniences.

If you have a young child, having a pet can also boost their health. Babies that are raised in families with pets have been found to be less likely to contract asthma, allergies and other conditions. If a pet is brought into a home before a baby is six months old, the child could suffer from significantly fewer ear infections and minor colds during their first year when compared to a baby growing up in a pet-free home.

However, if you want to make the most of the health benefits of owning a pet, it’s important to ensure your four-legged friend also remains in the best of health, partly to allow your dog to continue encouraging you to spend more time outdoors and get more exercise, but also to ensure you, or members of your family, don’t pick up any nasty diseases.

If your dog becomes infested with fleas or lice, infants can be more susceptible to getting bitten due to the time they spend crawling on the floor. While many viruses, such as the one that causes the common cold, are extremely specific about who they affect and cannot be passed on from one species to another, this is not always the case. Pet fleas and ticks can and will bite humans and, in the case of the latter, can pass on serious diseases.

Check your pet regularly and, should you spot signs of infestation, use a safe, reliable product such as PetAction flea prevention dogs to treat it. Remember to treat the rest of your home as well as your pet to prevent the problem from returning at a later date.

It has long been known that dog owners are more active than the rest of the population, taking on average 2,760 more steps each day which amounts to an extra 23 minutes of moderate exercise. However, a new study conducted by researchers at the University of East Anglia has found that during the shorter, colder days of the winter, non-dog owners are sedentary for around 30 minutes a day longer than dog walkers.

One of the most difficult parts of adopting a new fitness or weight loss regime is staying motivated. This study shows that a key benefit of owning a pet is that they motivate you to be a lot more active all year round, no matter what the weather.

Numerous studies have shown that walking at a level of moderate intensity is an excellent form of cardio exercise. This can lower your risk of suffering from high blood pressure, Type 2 diabetes and cardiovascular disease, among other things. Not only do owners walk more, but the need to keep up with their pets mean they walk at an average pace of three miles per hour.

The benefits of being a pet owner are not just physical – there is an increasing amount of research that supports the idea that animals can also improve the mental health of everyone they interact with, even those individuals diagnosed with challenging disorders.

The social support animals provide has been proven to be an antidote to anxiety and loneliness. Many hospitals now run an animal program, especially in their children’s wards where the presence of dogs and cats has been shown to reduce the level of stress and fear, but the results apply equally to the elderly and everyone in between.

The range of positive benefits that pets in general and dogs, in particular, bring to their owners mean that owners are also less prone to depression.

Playing with a pet or simply stroking its fur can increase the levels of the stress-reducing hormone oxytocin in the bloodstream. At the same time, the level of production of the stress hormone cortisol falls.

Your level of triglycerides, a type of fat that is present in your blood, is an important measure of heart health, along with your blood pressure and cholesterol levels. When you eat, any food that your body doesn’t need to use a fuel right away is converted into triglycerides.

According to the Centers for Disease Control and Prevention, owning a pet can decrease both your cholesterol and triglyceride levels. The mechanisms for this are not fully understood.

In one study, stockbrokers who had been diagnosed with high blood pressure were asked to adopt a cat or a dog. They then found that their readings during stressful situations were significantly lower. Heart attack patients who have pets have been found to survive for longer than those who do not.

Playing with a dog or cat also stimulates the pleasure centers of the brain, elevating the levels of the nerve transmitters serotonin and dopamine, both of which have both calming and pleasurable properties.

Dogs can also be great for your social life, especially when it comes to making love connections. Walking a dog brings you into regular contact with other dog owners, and it’s far easier to strike up a conversation with a complete stranger when you have a four-legged icebreaker in tow. Even if you’re too shy to start up a conversation yourself, dog owners will almost always acknowledge one another, and many will ask a series of questions about the animal itself. From there, it’s far easier to develop the conversation into a genuine social interchange.

Things You Should Know Before Getting Pet Insurance

7 Kid-Friendly Pets to Consider for Your Family

Fencing, Plants, and More: How to Make Your Backyard Safe for Dogs