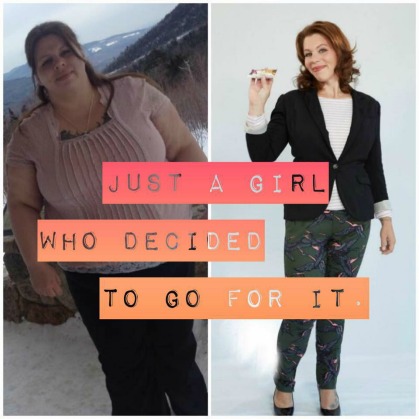 Losing weight brings a number of very obvious benefits, such as the chance to buy a whole new wardrobe and having more energy, but there are also a number of other side effects – both positive and negative – that are less frequently publicized. Knowing about these effects in advance will have you take advantage of the good ones and make it easier to deal with the bad.

You May Need Less Medication

Health studies show that maintaining a healthy weight can reduce your chances of contracting diabetes or heart disease. If you already have these conditions and then lose weight, you may see some significant benefits. Although they will not necessarily go away completely, it is likely that you will see fewer symptoms and, as a result, may be able to reduce the amount of medication you require.

In particular the progression of type 2 diabetes may be slowed or even stopped by weight loss, and both your blood pressure and cholesterol levels may fall – especially good news if you have been taking medication for these conditions. Other studies have linked weight loss to greater control of conditions such as heartburn and asthma.

Your Memory Will Improve

Studies have shown that brain activity in the regions linked to memorization tasks undergoes a change in women who lose weight. The findings suggest that older women who are concerned about changes in their memory are likely to see a significant improvement in their memory as a direct result of losing weight. Other cognitive functions have also been shown to decline with an increase in body mass, but these too reverse when weight in lost. So, you might not just get slimmer but smarter too.

There is no doubt that losing weight will have an enormous effect on your self-image, making you feel sexier and more desirable, but a 2013 study conducted by researchers at North Carolina State University found that this might not always improve your relationship with your spouse. The study found that a weight loss of around 60 pounds in less than two years usually led to improvements in the relationship with couples reporting that they felt closer, both emotionally and physically, and that they had a more positive outlook on life.

However, there were cases in which the partner of the person who had lost the weight felt jealous or frightened. This usually occurred when that person had resisted the changes in diet and other areas of life that had led to the weight loss. The researchers found that such partners found themselves comparing their own bodies to those of their partners and confronting their own health issues, leading to problems in the relationship.

You’ll Lose Some of Your Tolerance for Alcohol

Although no sensible driver would ever climb into their vehicle after a night at a bar, some of the alcohol you drink will still remain in your system the following morning. The same applies if you have a drink or two at lunchtime and then get into your car for the journey home. The greater your body mass, the faster you are able to break down alcohol, so the more weight you lose, the more you’ll have to adjust your drinking to ensure you don’t end up unexpectedly over the limit.

If you do happen to find yourself on the wrong side of the law and want to make the most of your migration, hiring the very best representation you can get, such as the highly-commended firm of Buffalo DWI Attorneys with a solid reputation of going the extra mile on behalf of their clients, will give you the best possible chance of getting your side of the story across.

Losing 10 per cent of your body weight can cause your thyroid levels to dip on a temporary basis which in turn can slow your metabolism and leave you feeling far more sensitive to cold weather. Your metabolism drops because your body sees weight loss as a potential threat and wants to protect your store of calories. You will also feel colder because of the simple fact that the excess weight you lose had previously acted as insulation. Either way, it’s a great excuse to go out and buy some new sweaters.

A team of researchers from Stanford University conducted interviews with a group of patients who had undergone bariatric surgery. More than eight out of ten reported that their food tasted different once they had lost weight. Around half said that the food tasted worse than it had before while the other half reported that it tasted better with sharper, more intense flavors. The reason why tastes change in these ways is not understood. There are suggestions that gaining weight can make the taste buds less sensitive and that therefore the reason some people continue to gain weight after putting on a few pounds is because they are looking for satisfaction instead of flavor. The same study found that some people who lose weight find they no longer want to eat salty foods while others had a reduced desire for meat or dairy products.

You Will Sleep More Soundly

Losing weight boosts your energy levels, so you’ll be more active during the day. A side effect of this is that you will also be more exhausted at bedtime and, as a result, the quality of your sleep is likely to improve. There is also evidence to suggest that the kind of low-calorie, high-fiber diets favored by those undergoing a weight loss program do more to encourage sleep than diets that are high in fat and high in sugar. If you have suffered from a condition such as sleep apnea, losing weight reduces the amount of soft tissue available to block your upper airways so you should see an improvement there too. The more sleep you get, the more efficiently your body can burn fat. This means that, once you have lost weight, the extra sleep you enjoy will go a long way towards helping you maintain it.