Sleep it Off: Three Ways You Can Wake Up Thinner 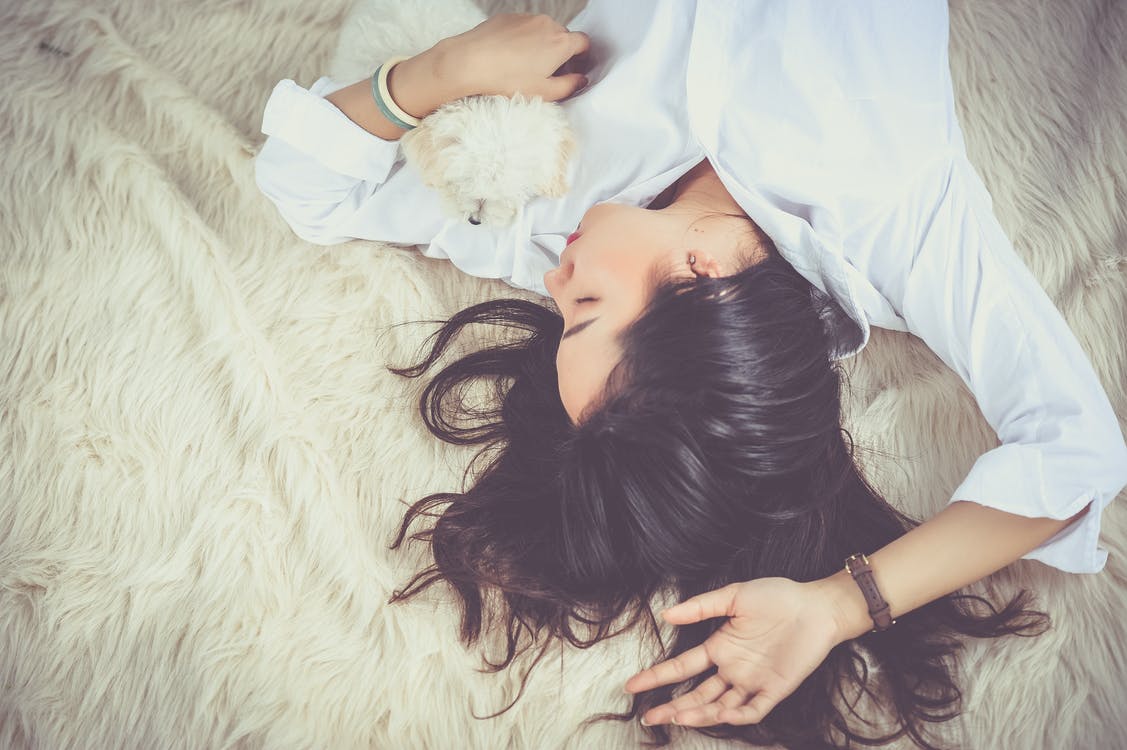 Dreaming about losing weight? Your plan probably looks a little like this: eat less junk food and do more exercise. Simple, right? Well no, we all know that losing weight is far from simple. It’s really very hard. But what few people know is that the above plan is missing one essential ingredient that could make your mission so much easier – get more sleep.

A growing body of evidence points to good-quality sleep being equally, if not more, important as cutting out the donuts and going for a jog. Basically, if you’re not getting enough hours of kip, chances are those pounds are going to stay right where they are. Sorry. What’s worse, if you’re sleep-deprived, you could actually be putting on more weight. Dammit!

Below are just three surprising ways in which sleep affects you and your diet.

Even when fully rested it takes a helluva lot of effort to reach for that apple instead of that apple pie. I know, I’ve been there. And when tired it’s virtually impossible. I’m often halfway through a can of Pringles before I even know what’s happening!

But all is not lost and sleep can help you here. Studies have shown that the same individual desires healthy foods when fully rested, compared to craving junk food when sleep-deprived.

The reasons: Well, one is the instant feel-good factor and energy hit a bar of chocolate brings. The other is impaired cognitive function. The section of the brain responsible for good decision-making – like salad over pizza – simply doesn’t work as well when sleep-deprived.

Oh, and another thing. If you have had a sleepless night and desire that energy hit, avoid the caffeinated drinks and try something a little healthier instead.

Yep, researchers at the University of Chicago found that sleep-deprived fat cells suffer from something called ‘metabolic grogginess’.

Eh?! Metagroggy what? Metabolic grogginess, I said. This is the body’s ability to use the hormone insulin correctly.

What happens next is bad news for your bod. The extra unburnt fat and sugar remain in your bloodstream, keeping your blood glucose levels high, before your body just stashes them in tissue. And that, in a nutshell, is how we get fat. So unfair.

And what’s worse is that as well as tucking it away in tissue, insulin insensitivity also sees fat being stored in all the wrong places (such as your liver), with diabetes – and potentially a shorter life – being the end result. Yikes. Get to bed. Now!

Lack of sleep makes you hungrier

Bear with me now, just a little more science heading your way. So, not only does sleep control your willpower and affect the way you break down fat, it also affects your hunger levels.

In brief, two hormones control whether you feel hungry or not: leptin and ghrelin. Leptin is produced by fat cells – the less leptin in your bloodstream, the hungrier you feel.

Ghrelin stimulates hunger and increases fat storage. It works in an opposite way to leptin – so the more ghrelin in your bloodstream, the more burgers or pies you will crave.

Without getting too overly technical about it, the way both leptin and ghrelin are released into your bloodstream is messed up when you don’t get enough sleep.

A sleep-deprived body produces less leptin and more ghrelin than it should. Making you hungrier. And worse still, making your hunger less easy to satisfy. Double downer!

It may seem counterintuitive to think that lying in bed longer will help you get thinner. But it really can.

Unfortunately, getting more sleep isn’t always as easy as it should be. A change of routine can do wonders, as can banning screens from the bedroom. You might even need a new bed! I recently got a hybrid mattress that came with a Sleeptracker that records the quality of my sleep. It’s really helpful to see the trends on a variety of metrics.

The biggest change you can make, however, is just treating sleep with the respect it deserves.

If you should need some assistance in how to get more sleep, there are some great resources out there – like the expert tips on the Sleep advisor site, for example.

So go on, get some rest and start to feel like a healthier, happier you.