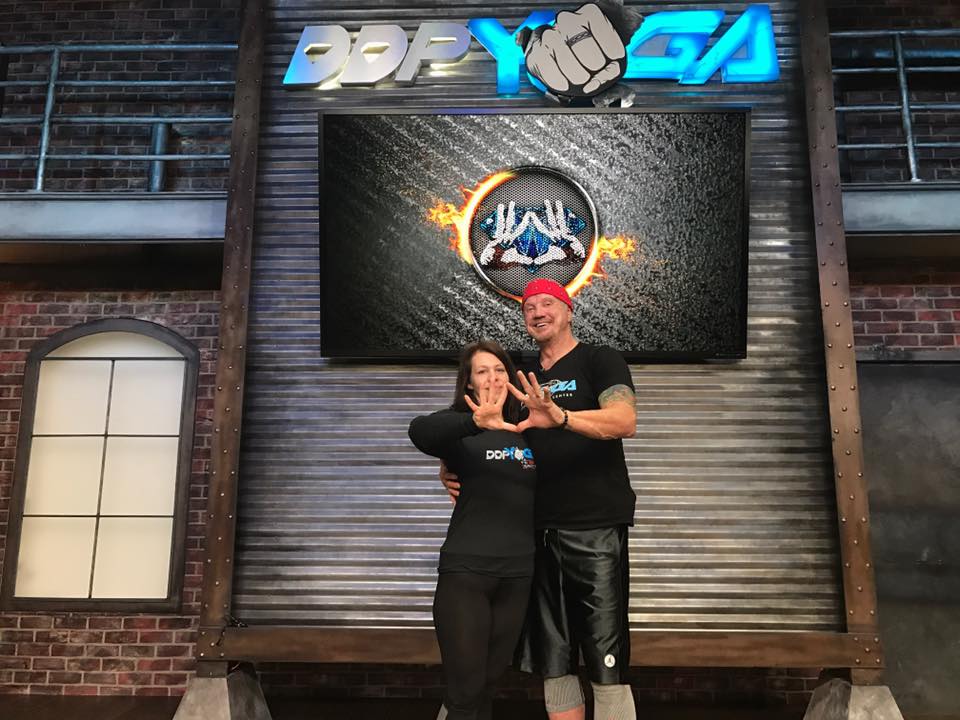 Just a quick update from me. I’ve gone a little quiet here on the blog in the new year! I hope that all of my readers had an awesome time over the holidays and that you’re all as excited about 2017 as I am! I’m home from a wonderful trip to Atlanta where I had the opportunity to do some DDP YOGA at the DDP YOGA Performance Center with Diamond Dallas Page!

While I was there, I spent some time talking about my experience with DDP Yoga and how it helped me lose 180 pounds along with a low carb diet in an interview for a video to be released soon, the details of which I will be sharing here as soon as I have them. In the meantime, you can read a little about how I found DDP Yoga and where that took me on their blog here.

You’ll also see me in the DDP Yoga Now App on the 1/4/17 Live Workout and an upcoming DDP Yoga Motivational Monday video! Subscribe to DDP’s YouTube feed so you don’t miss it, and seriously, watch some of the videos there – so inspiring and I’ve never met someone more caring and down to earth than Diamond Dallas Page. He’s the real deal, guys! Literally, he heard about me and called me right away to congratulate me on my success! Plus, he cooked me eggs.

In a super cool turn of events, I Diamond Dallas Page surprised me with the opportunity to chat with the Bailey and Southside crew on Rock 100.5, then we were on CBS46  WGCL-TV Atlanta live on Atlanta Plugged In!

I am so grateful for the opportunity to share my story and hopefully to inspire others to believe in themselves and take control of their own lives. Watch me doing a little mini DDP Yoga workout with DDP on Atlanta Plugged In below, and listen to the podcast from my first ever radio appearance. It turns out that I LOVE the radio. I had SO much fun in the studio!

By the way, I just realized that some of you might not be all that familiar with DDP Yoga.

In brief, DDP YOGA combines the very best of yoga, traditional fitness, sports therapy and dynamic resistance to create one of the most effective fitness plans in existence today. It allows anyone to:

And, in case you were wondering what my actual results with DDP Yoga are, check this out …

Check out the DDP Yoga website for more info.

Reasons to Visit a Cardiovascular Consultant

Exterior Upgrades That Can Add Value to Your Home