The Secret Is In the Feed! Why Welsh Beef Is So Good! 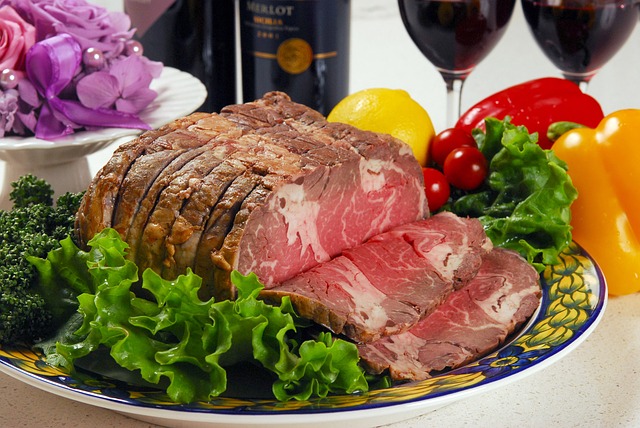 Even the best home chefs that set out to cook the perfect charcoal steak know that it’s not always the easiest thing to master. But, the secret might be in the meat itself! No matter where you go around the world there will be cattle farmers who have their own view of how their livestock should be raised and fed. Some are of the opinion that the quicker you fatten the animal, the quicker it can be slaughtered and so they feed it on a combination of hormones and grains that are known to quickly add the weight. Few farmers actually ever let beef, for example, roam freely feeding on grasses and other plants that grow naturally in the fields. This doesn’t let the cow get as fat as quickly and it is said that grass fed cattle is tough. But is it? The answer to that may surprise you!

A Difference of Views across the Pond

Part of the controversy over the quality of beef, for example, is in what it should look like when it is cut into between the 12th and 13th rib. In the United States the USDA (United States Department of Agriculture) inspector is looking for plentiful marbling because that ‘fat’ is where the flavor supposedly comes from. Beef that has a good bit of white marbling is, in their eyes, probably going to be tasty due to the amount of fatty tissue running through the red muscle. You don’t get that with grass fed meat.

So, the United States inspector labels that grainy meat as “Prime.” That’s on the North American side of the pond. However, the European Commission finds that cattle fed on natural grasses and other plant life native to the land yields the tastiest and healthiest meat and as a result, designates honors on land that meets their criteria. This distinction is called Protected Geographical Indication, PGI and when you eat welsh beef that has been bestowed with this honor, you know that the livestock was raised in a manner consistent with centuries old traditional farming and on land that meets their rigid criteria.

What Do Food Critics Say?

So there you have two very differing sets of criteria. On the one side of the pond you have inspectors looking for fat, grainy meat that was almost assuredly fattened with grains and corn and on the other side of the pond you have meat from cattle grazing on the natural habitat of the land. When critics were given meat raised on natural grasses and plant life, critics found it tastier and just as tender and juicy. Meat fed on grains was tender as well but there was something lacking in the taste. Also, meat raised on natural grasses was lower in saturated fats and higher in the Omega vitamins.

Now when you are asked if you know why Welsh lamb and Welsh beef are so good you can give an honest answer. Animals raised on the nature’s finest grasses and plants devoid of fertilizers or pesticides result in meat that is tastier and tender. This proves the theory that you can actually taste the difference of what animals were fed as they were raised. And, the proof? Welsh lamb and Welsh beef.