Mother Knows Best: How to Tell a Concussion from a Knock on the Head 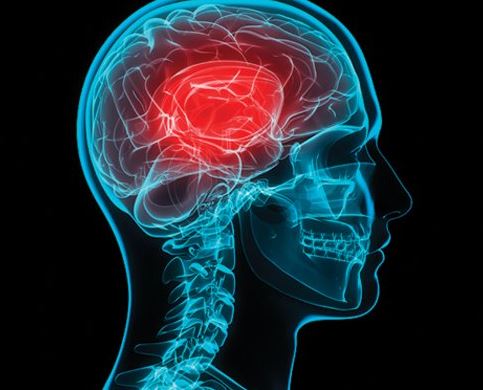 As a mother, it’s sometimes difficult to discern exactly what’s wrong with your child. Whether it’s a stomach bug or a sore throat, younger kids aren’t able to communicate exactly what is making them ill. In instances of minor illnesses and injuries, this isn’t too big of a deal, but in the case of a concussion, parents should be aware of the signs to decide if treatment is necessary. Contrary to popular belief, a concussion doesn’t require the patient to have been knocked unconscious. Take a look and see if you would be able to tell the difference between a serious injury or just a bump on the head.

What is a Concussion?
A concussion is actually a mild form of a traumatic brain injury. When the head takes a hard hit, the brain hits the inside of the skull, tearing blood vessels and injuring nerves. These types of injuries might seem minor, but can cause a concussion. Any child who has hit their head should be watched very closely for signs of a concussion. Even if they feel okay, a concussion is still possible and the symptoms might not appear until a few hours, or even days down the line. Kids with concussions should be able to recover within a week or two without any long-term repercussions.

Signs of a Concussion
Parents should remember that kids do not have to be knocked unconscious for a concussion to occur. Most remain conscious, while some black out temporarily. Regardless of consciousness being lost, this isn’t an indicator of how serious the concussion is.
Concussed children typically have trouble walking/talking or exhibit slurred speech. Confusion and saying things that don’t make any sense are also expected. If the child has been knocked unconscious, it might be difficult to awaken them. Severe headaches are very common, but smaller children aren’t able to communicate this type of pain. Many vomit, feel dizzy, or have difficulty concentrating.
Mild symptoms typically don’t require a doctor visit, so parents should always call their doctor to evaluate whether a visit is necessary. However, if the child was unconscious or they’re vomiting, nauseous, slurring speech, or having difficulty walking, then they need to be seen immediately. Symptoms can take 24 to 72 hours to appear, so be diligent in watching children after any sort of head injury.

Parents who know the signs of a concussion are able to act more quickly and get children the medical attention they need. While concussions aren’t typically dangerous, getting them treatment sooner rather than later will prevent any long-term effects from occurring. If you suspect something more serious than a concussion has occurred, check with http://www.thehornbucklefirm.com/ to see what you might need to expect.