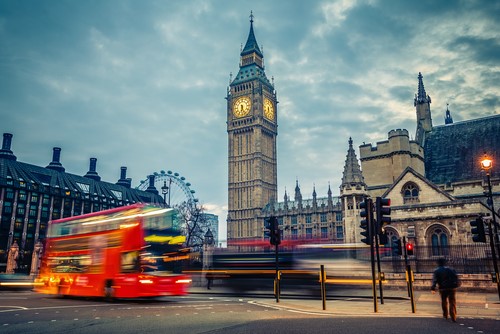 There was a time when it was said that the sun never set on the British Empire. England once controlled the world, and the evidence of its former — and current — grandeur lies all throughout the country. Everyone should visit jolly ol’ London at least once, so now is the time to plan your first trip.

Even in a small nation, there is too much to see it all in one vacation, but there are a few locations and experiences that you just can’t miss. One other key note: Before you go, make sure you remember to drive on the correct side of the road (meaning the left side) and get acquainted with all the driving laws in the United Kingdom.

Chances are that you will fly into London no matter your origin of departure, and you should plan to spend several days in this world-class city. From Big Ben and Buckingham Palace to the Tower Bridge and Westminster Abbey, its top sites are known the world over. While some can feel a bit touristy, no trip would be complete if you missed them. But also be sure to take some time out to just walk around the shore of the River Thames and try to check out the fascinating City of London, the financial heart that is a city within the city.

Another authentic experience is watching a football — that’s soccer to Americans — match in person. Even if you’re not a fan, there are few comparisons in the United States to watching Arsenal or Chelsea supporters root on their home teams on a Saturday afternoon. If you can’t make it to the pitch, at least find a pub and have a few pints during the game.

To the west of London lies Bath, arguably England’s most beautiful small city. Its old buildings are magical, its museums and galleries are worth your time, and its hot-spring-fueled Roman baths are famous enough to be named after. Bath was also once home to “Sense and Sensibility” and “Pride and Prejudice” author Jane Austen. Many a traveler has been enchanted by Bath’s remarkable charm and the picturesque streets.

Nicknamed “God’s Own County,” you don’t want to miss the vibrant landscapes of Yorkshire in the north. The coastal Robin Hood’s Bay and Boggle Hole are simply breathtaking. As the years pass, its heritage tourism is becoming increasingly popular, and with its famous puddings and ubiquitous use of “Hendo’s relish,” the region is now regarded by many as the top culinary destination in all of England.

One of the world’s most famous — and productive — ports, the docks of Liverpool are now a UNESCO World Heritage Site and hold the story of how England rose to become the largest seapower ever known. Because of this history, this 800-year-old city is full of diversity, and it can boast one of the 20th century’s greatest exports: The Beatles. Perhaps the most famous band of all time, John, George, Paul, and Ringo formed in Liverpool before they took their local act international, bringing Beatle Mania across the Atlantic — and beyond.

Scotland would never consider itself part of England, but it is within the United Kingdom and does share an island with its neighbor to the south. It also has a phenomenal capital in Edinburgh, a city that’s as fun as it is full of old-world allure. The ancient Edinburgh Castle sits on a hill looking down over the city, soot-stained architecture adorns the streets, and the Scotch bars are the best place to warm up on a chilling evening as you sample the nation’s most famous export. Just a short flight from London (or a manageable train ride from Liverpool), it’s a great option if you can make the time.

COVID-friendly Trip Ideas to Consider for Your Family in 2021

Tips for Driving on Snow and Ice like a Pro

COVID-friendly Trip Ideas to Consider for Your Family in 2021

Everything you need to know before having an eye exam

Employee Empowerment: What Is It and Why Does It Share Such a Strong Bond With Autonomy?