So You Hate the #ALS #IceBucketChallenge Huh? #StrikeOutALS #GetTheFacts 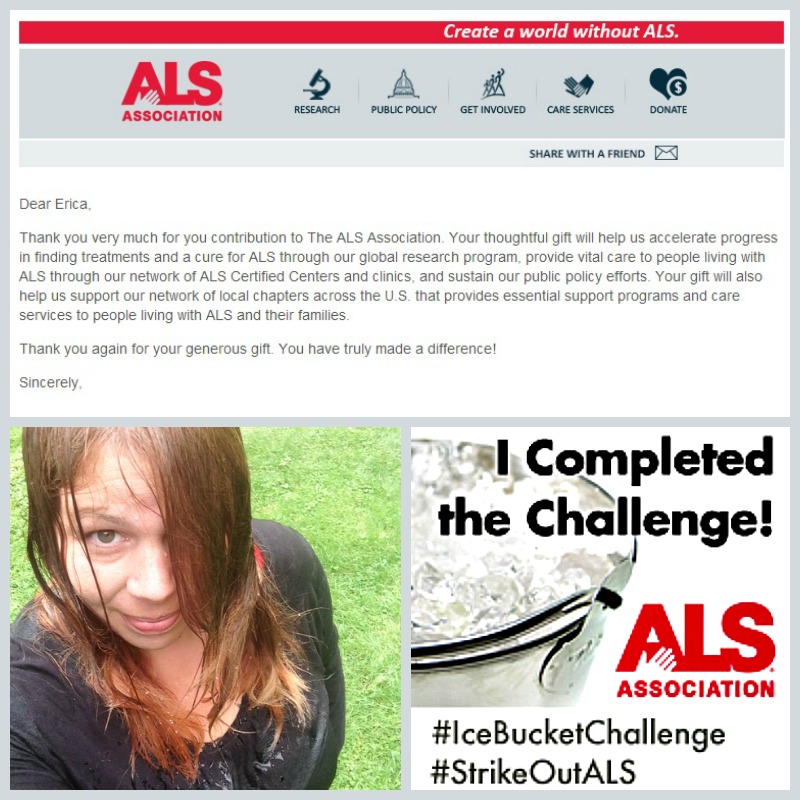 Well, I knew it would happen, eventually. I was nominated to take the #IceBucketChallenge a few days ago. I also donated to The ALS Association and created my video.

The #alsicebucketchallenge isn’t just for fun and games – it is to raise awareness and encourage others to donate to the cause. Let’s #strikeoutals together!

I’ve seen a lot of disturbing discussion on the ALS Challenge. A lot. People are complaining about it and cracking jokes. The truth is, there’s nothing funny about ALS even if some of the videos will make you laugh. There is one complaint that I do happen to agree with – that some people are doing the challenge for little more than self publicity and pats on the back. Cool – you just got iced! Great. Now what?

But, for everyone doing the #IceBucketChallenge wrong, there are thousands doing it right. Using the hashtags, including links to an ALS organization such as the ALSA and encouraging others to learn more about ALS, to donate and to help spread awareness to the cause. It’s working! As of today donations directly related to the #IceBucketChallenge have exceed $41 million dollars!

The One #IceBucketChallenge Video You Must Watch. Seriously. Watch it.

Please watch. the. entire. video. above. ALL OF IT.

The ALS Association is the only national not-for-profit health organization dedicated solely to the fight against ALS. As the preeminent ALS organization, The Association leads the way in research, patient and community services, public education, and advocacy — giving help and hope to those facing the disease.  The Association’s nationwide network of chapters provides comprehensive patient services and support to the ALS community. The mission of The ALS Association is to lead the fight to cure and treat ALS through global cutting-edge research, and to empower people with Lou Gehrig’s Disease and their families to live fuller lives by providing them with compassionate care and support.

Have you taken the #IceBucketChallenge ?

38 thoughts on “So You Hate the #ALS #IceBucketChallenge Huh? #StrikeOutALS #GetTheFacts”