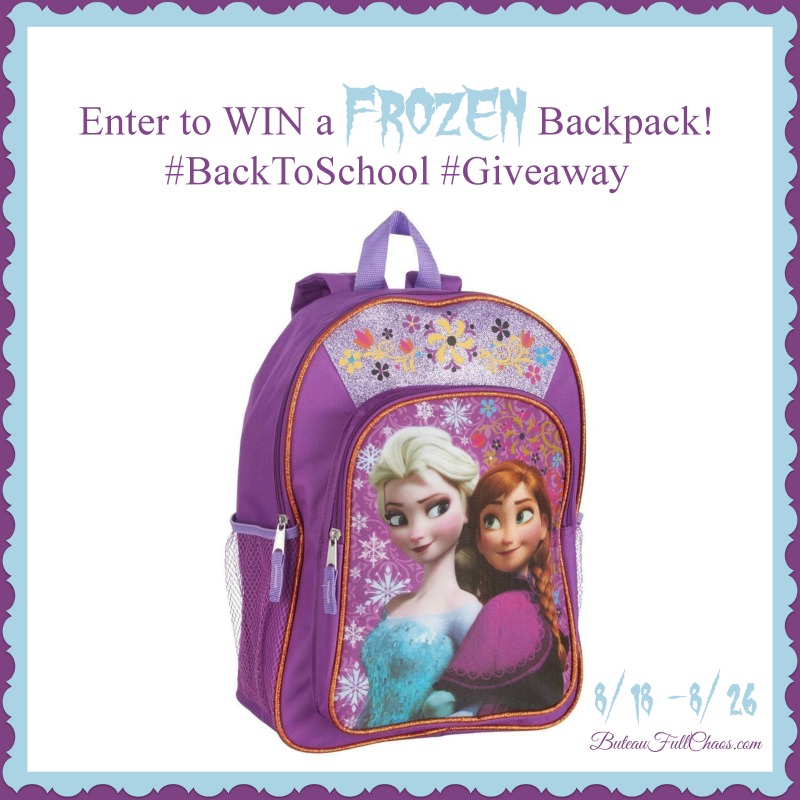 It’s that time. Again. Back to school! For most of us, this time is so very bittersweet! Getting back into the school routines after a summer of sleeping in and impromptu day trips can be tough. But, in my case at least, it’s a little less tough than trying to find ways to entertain my troop while still getting some work done. Working from home is awesome but it can be quite tough during summer vacations!

Enter below to win a Disney Frozen Backpack given away exclusively on this blog. This back to school giveaway is sponsored by our friends at Reader Spoils. Then, heck out these books worth reading below the Rafflecopter!

Zen, Meditation & the Art of Shooting by Ray Mancini

This book will inspire and guide you through the exciting journey of exploring your own potential and reaching your maximum performance hidden within.

Buy The Book on Amazon and learn more about Mancini at Sig.Edu.Au.

What exactly is real? Your thoughts make whatever you perceive to be real. Beyond that, what exists? Tricia Stewart Shiu has stepped into territory that few contemporary writers of novels have journeyed concepts of many permutations of the spirit world as experienced and acted out by contemporary characters. Reading Shiu s book IRON SHINTO (the third volume of her series of books entitled The Moa Books) is not only immensely entertaining as a story, but also illuminating as to the concepts of the levels of existence that bond the corporeal world with the spirit world. Each chapter opens with a ritual that the reader can actually follow and perform, moments of enlightenment that heighten the meaning of the novel but also serve to open the reader s mind to the seemingly endless possibilities of realms of existence call it reincarnation or alternative levels of being or whatever connects the reader with a willingness to think along different lines. Though Shiu writes her books for a Teen or Young Adult audience, her commitment to expand the mind is so well centered that her audience could comfortably and satisfyingly include adult readers, especially those curious about universal levels of being.

Iron Shinto is priced at .99 on Kindle for a limited time. The book won two Mom’s Choice Awards: Young Adult Book and Young Contributor for illustrations done by Shiu’s 10-year-old daughter Sydney Shiu. Iron Shinto was Runner Up at The Great Southeast Book Festival, Honorable Mention in both The Los Angeles Book Festival in the Young Adult category and in Portland Oregon’s Great Northwest Book Festival.

Author D.N. Leo presents a tale of a tale of fantasy for young adult readers with Daimon Gate, the second book in his Jigsaw Trilogy. Centered around an ordinary working couple, Ciaran and Madeline, called to fight a “multiversal” war, with only their smarts, their willpower and a couple of daggers, the novel reads as a genre-hopping roller coaster ride. Leo mixes in elements of romance, action, mystery and even gaming.

Daimon Gate is Book Two of the Jigsaw Trilogy. A series of books set in the genres of science fiction, action adventure, contemporary, romance, and mystery.

Buy the book on Amazon today.

The Lady Leathernecks by Chiara Kelly

Lady Leathernecks is a debut novel by Chiara Kelly, who served in the United States Marine Corps from 2001 to 2005 as a tactical network security administrator. It is clear the novel owes its creative energy from the author’s experiences as a woman serving in the US Marine Corps. A  scene in the early part of the book when a team of recruits undertakes their last grueling test, a long march, provides the basis for the title. As the leader gives the call “Forward March!” the recruits burst out in song.

When painfully shy Starbucks barista Allyn Kend joins the Marines, she capsizes those who thought they knew her best. The only thing that makes sense is that her fiancée Eliot was already a Lance Corporal. However, when she meets truckstop evangelist Jess Kellerman, Korean linguist Bibi Shim and Palm Beach hotel heiress Syth Sangiorgio in the bivouacs of boot camp on Parris Island, her whole concept of whom and what a Marine should be is broken down and rebuilt, along with her own humanity. Each sister has a secret; but also a thirst to prove herself in battle and in life. But despite caring and glaring differences, they realize they need one another to overcome the physical, mental and emotional obstacles that stand between them and the coveted title of Basic Marine or “Lady Leatherneck.” And that is just the beginning! As each Lady Leatherneck serves with differing intentions, they find out more about themselves and one another through the unique challenges of soldier motherhood, duty, deployments, love and loss. As “Globe” reporter Allyn drafts a feature story on human trafficking, MP Jess makes an unlikely arrest that will follow her for life. Meanwhile, linguist Bibi settles cultural scores with her family while deployed to her native Korea. But nothing is final until ostentatious Syth gets her baby back. Only together could they learn that while the Marine Corps may not be for everyone; it is for more than just one type of person. Combat is Human.

Buy it on Amazon today.

Talk to Me: Who do you know that would love to win a Disney Frozen Backpack? Which of these books is most interesting to you?

17 thoughts on “Back to School Giveaway Exclusive: Win a Disney Frozen Backpack & Learn About Awesome New Books from Indie Authors”