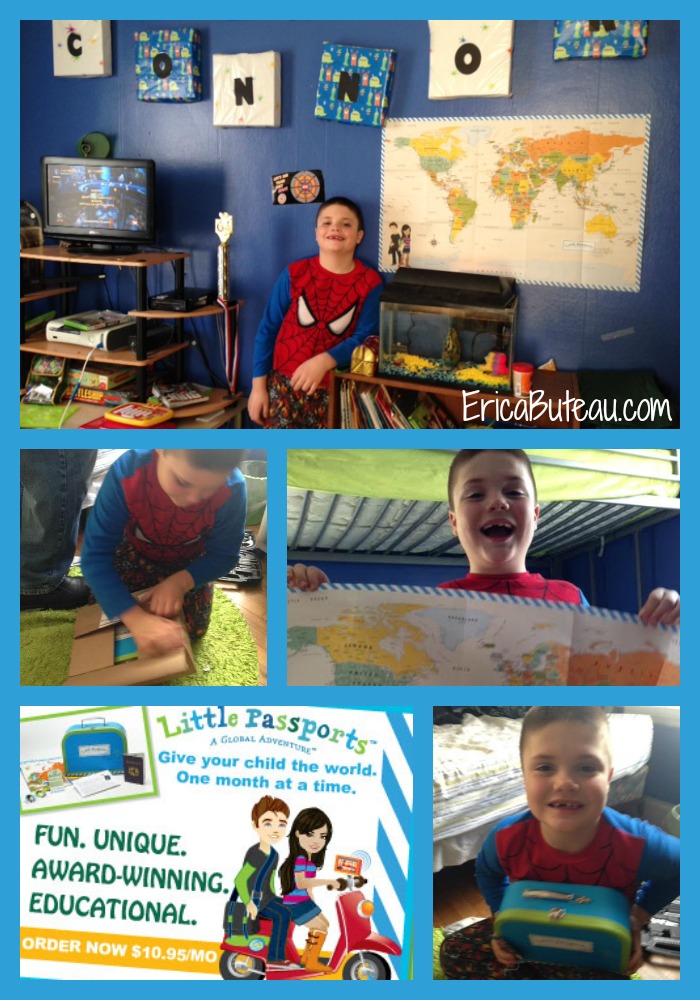 This post contains affiliate links. Opinions are my own.
I may receive a commission if you click a link and make a purchase.

The Winter Olympic Games take place in Sochi, Russia this year! Host Countries and Cities love incorporating distinctive cultural details throughout each Olympics to share their history and spirit with the world. What are some features that make the 2014 Winter Olympics’ symbols unique?

Join Sam and Sofia as they learn about three of the Sochi Games’ distinctive symbols—the torch, medals, and mascots!

The Olympic Torch
The countdown to the Games kicks-off with the Olympic torch relay, which delivers the Olympic flame from Olympia, Greece to the Host City through a series of runners. For the Sochi Games, each runner carries an eye-catching, red and silver torch. 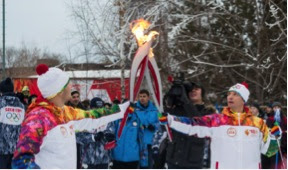 The torch’s curved shape is inspired by the feather of the golden Firebird, a mythical creature celebrated in Russian fairytales and folklore. According to one legend, the Firebird’s feathers “light the way” and bring good fortune and happiness. You might notice patterns inspired by the Firebird and its feathers throughout the Sochi Games. For example, look for them on Team Russia’s uniforms! 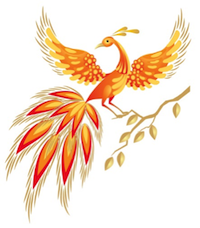 The Olympic Medals
The top three finishers in every event will receive one of the 2014 Winter Olympic medals. They are metal and feature an etched glass-like insert with jagged edges resembling mountain peaks and the seashore. This design highlights Sochi’s unique position between the cold snow-capped Caucasus Mountains and the warm sandy beaches of the Black Sea.

The medals also feature the Sochi Olympics’ recognizable “Patchwork Quilt” design, a mosaic of 16 traditional patterns that celebrate Russia’s rich traditions and cultural diversity. Keep an eye out for the colorful quilt design everywhere at the Games, such as on the torch bearers’ outfits and Olympic souvenirs!

The Olympic Mascots
Sam and Sofia can’t wait to meet the Snow Leopard, the Hare, and the Polar Bear—the 2014 winter Games’ mascots! The Sochi Olympics invited everyone in Russia to submit their ideas for the mascots, and to vote for their favorite from the finalists. Officials selected the top three finishers, representing the three places on the awards podium, as the official mascots. 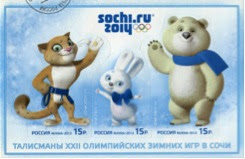 These three native Russian animals represent the country’s spirit and embody the Olympic values. The Polar Bear is depicted as friendly, intelligent and always striving for new athletic heights, while the Hare is an excellent student and loves sports. Tough and strong, the choice of the Snow Leopard, a native of Sochi’s nearby Caucasus Mountains and a critically endangered species, draws attention to Russia’s increasing focus on animal conservation. Look for the three Olympic mascots spreading joy and Olympic spirit throughout the Games!

Sam and Sofia can’t wait to join their friends in Russia to support athletes from around the world. They are very excited to keep an eye out for all of these Olympic symbols as they watch the Winter Games this year!

About Little Passports
Little Passports enables you to teach your child about the hundreds of different cultures around our world and around the USA. Each month, a package addressed to your kids (which they LOVE) arrives full of little goodies like stickers for their own passport, activity sheets that teach them about major landmarks around the world and gets their brain going with fun word scrambles. LittlePassports even shares fun recipes that you can cook up with your kids to turn them into little chefs who know all about foods from different cultures. Subscriptions start at just $10.95/month which is another bonus! This is also the perfect resource for anyone who homeschools out there. Let me know what you think after you get set up with your own Little Passports subscription.

Scroll up to see my almost eight year old receiving his first delivery from Little Passports- he was SO excited to have a box in the mail with his name on it!! Then, he got REALLY excited as he opened it and we read through the materials together. Thanks, Little Passports- except, not I have to answer every day “When will I be getting my next Little Passports box?” So cute! Learning + Fun = Winner!!!

See my other posts about Little Passports here!

How to Be a Supportive Parent to Your Children

8 thoughts on “Little Passports Teaches You The Symbols of the Sochi Spirit in the 2014 Winter Olympics!”