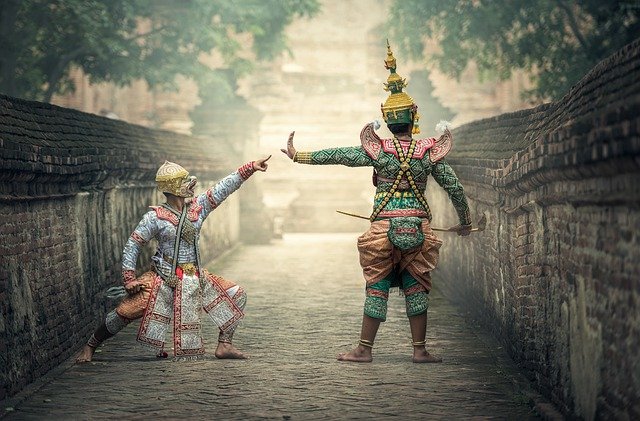 Everyone has dreams and aspirations, for some those aspirations are humble, like being a good parent or opening a small business. For others, their dreams are large, and therefore harder to achieve. Many people enjoy acting and even more start acting as children in school plays. These children sometimes grow up to want to act professionally as a career. However, becoming an actor isn’t always so easy to do. There’s a lot that must be done and a lot of things that must fall into place before you can successfully become an actor. Thankfully, there are a few tips that you can try and follow to become an actor. Some tips for becoming an actor include:

Not everyone is born a natural. Many people must work at their craft to master it. This is normal, and it’s completely acceptable. Just because you don’t have a natural aptitude for acting, doesn’t mean you can’t ever become a successful actor. Practice your acting often, and you’ll find that your skills grow. This can be done by acting scripts at home with friends, or in front of a mirror. You can also join local theater groups, or by posting your own monologues and scenes online for the amusement and critique of others.

Speaking of allowing others to critique your work, taking criticism is an important part of growth. This is true with nearly every aspect of your life. You can’t know what you’re doing wrong if you’re not open to hearing it. Act for others and allow them to tell you where you can improve. This may be hard to hear at first, but if the criticism is true and not malicious, you’ll find that your skills improve exponentially. To ensure that those criticizing you are honest and want to he helpful, start by practicing your acting for friends and family before branching out. You may also wish to cross-reference any criticism with someone you know you can trust to verify its validity.

If you’re trying to utilize acting as a career you’ll need to ensure that you have everything necessary to make it your career. One of the most important things that an actor should obtain is a set of professional headshots. Your headshot is sometimes the first thing a casting director will see. These photos will help determine if a casting crew wants to hear more from you, or if they don’t think your look fits their project. Make sure that your headshots are professionally done and have minimal retouching. It’s also wise to include some fun headshots that show your personality, along with your professional shots. Doing so allows a full spectrum of shots, allowing casting to see you in multiple perceptions.

Another important aspect of becoming an actor is immersing yourself in the actor community. This is not only important to find places that allow you to practice your craft, but it’s also important because it allows you to network. Networking is important for every business, and acting is no exception. Mingle with other actors and join groups, local theaters, and the like. By doing so, you’ll make friends and also expose yourself to possible job leads.

This is perhaps one of the most important aspects of trying to become an actor. You can’t land any acting roles without first auditioning for them. Of course, we all have heard stories of being discovered as you walk your dog, but that’s unlikely, and it doesn’t happen often. Audition for any role that you feel you’d be able to accurately portray. This includes auditioning for small roles such as commercials and background characters. We all have to start somewhere.

The best time to do anything is right now. Don’t waste your time and the time of a casting crew by auditioning for roles that clearly won’t fit you. If a casting call is for a black male of tall height, and you are not this, you shouldn’t audition. You’ll want to be realistic with your auditions, and while it’s good to audition for some roles that are still out of your league, it’s best to get a few smaller gigs under your belt first. Be realistic while also being prolific and you’ll find that you’ll get cast more often than if you just auditioned for everything that came across your table.

Hiring an agent is often an important step for most actors and actresses. Most production companies and casting crews don’t want to deal directly with the actor themselves. They want to deal with your agent who is more to the point and less emotionally involved. Having an agent also helps you look serious about your career as an actor, which is a major plus. Of course, you can still audition without an agent, but as you gain more gigs, it’s best to hire one.

Becoming an actor is something that many people aspire to do, and with good reason. Acting is often an admirable career on multiple levels. However, it’s not always very easy to become an actor. There are a lot of things that go into becoming a successful actor. Our seven tips aren’t the only tips, but they’re enough to help get anyone started on the path to stardom. Most importantly, be passionate about your career, and never give up after your first few rejections.