5 Kitchen Remodel Mistakes You Will Want to Avoid 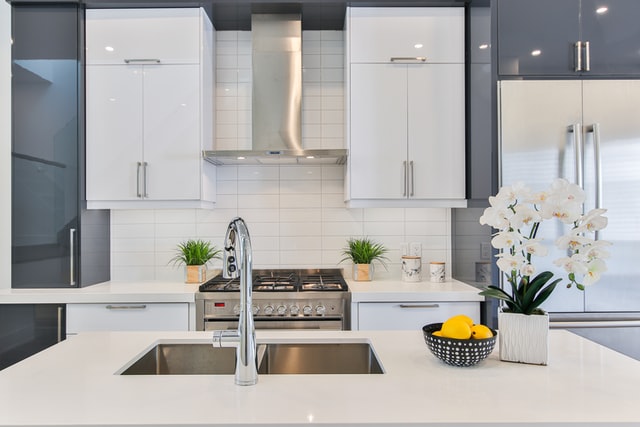 Remodeling a house is hard as it is, but certain areas are more challenging to renovate than others. More specifically, remodeling a kitchen is one of the most difficult, and can be the most costly to renovate. That being said, you don’t want to waste any money on mistakes or make the renovation more difficult, so here are five kitchen remodeling mistakes that you’re going to want to pay attention to.

Perhaps the most common mistake people make when renovating their kitchen is making the aisles between counter spaces and furniture too small. This is mostly because kitchen areas are smaller than others in the house, to begin with, and it contains many different styles of furniture that are a necessity and often forgotten about.

2. Making the Islands Too Large

If your kitchen doesn’t have an island, then you’ll want to just focus on the sizing of the counter space that you have. But many renovators struggle with finding the right size for the kitchen island because it’s placed in the center of the kitchen and is often only thought of according to the convenience that it offers. More specifically, the kitchen island goes in the center of the main walking space in the kitchen, and it often contains stools and some storage space underneath and around it. But many people don’t think about the sizing around these areas, making it difficult to walk around them, even without people sitting on the stools.

If the kitchen you’re remodeling is very large, maybe consider putting two islands instead of one since one that’s too large makes the center of it unusable and unreachable. Also, don’t overdo it with the accessories that you put around and on top of the island. You want a clean and simple look, so don’t over-install hardware or storage space beneath it and make sure it fits with the rest of your kitchen.

Many people overestimate the amount of storage that a standard kitchen should accommodate for. You not only need to have enough storage space for food, but you also need enough space for cleaning supplies, storage for all kinds of dishes, and many other things. You should ultimately have a clean and organized kitchen storage space without needing to cram anything in cupboards or drawers.

It may help to think about how many people are going to live in the kitchen and the ages of most people. Not only that, but you’ll want to think about parties or get-togethers. Ultimately, think about the goal of the kitchen remodel, what kind of look are you going for and who is going to be using the area the most? Make sure it’s usable and looks good without costing a fortune.

4. Not Thinking Over the Design

With a remodel in any area, it becomes difficult to think through the design when you have so many ideas in your mind and constantly change your plans. This is not only costly, but it also adds more time to finish the space. Sometimes you have an idea of what you want an area to look like but after getting all the supplies you change your mind. That being said, think through the design before starting, and consider getting samples of each material to be sure you want the look it offers.

Lastly, it’s important that you consider the functionality of the kitchen as opposed to the look. You’ll want the kitchen to look beautiful and put together, but you also need it to be easy to use. Consider the layout of each appliance and ensure that you have enough space for everything to fit nicely. Don’t cram things anywhere, and make sure the materials are all easy to clean and use. If you’re not experienced, this may be difficult so you may benefit from hiring a remodeling service for kitchen remodeling in Washington DC.

Overall, the kitchen area is one of the most traveled and used places in a house. So it’s important that you make it look and feel comfortable and functional. Consider all of these mistakes before starting your renovation.

Is Rubber Waterproof and Can You Use It for Home Renovations?

5 Important Tasks to Finalize Before Going on the House Market