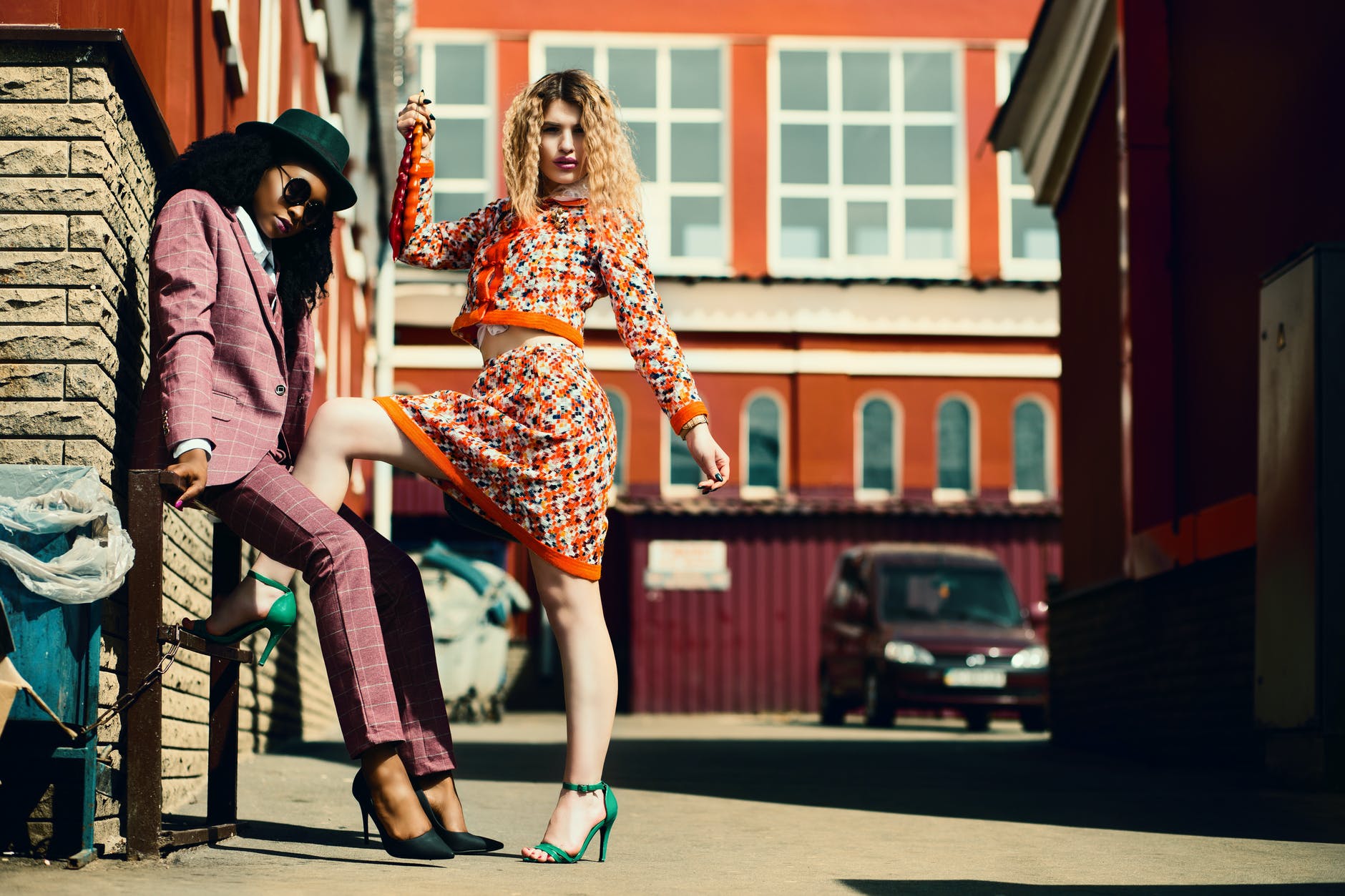 Too often, women are misled—by fashion magazines, shows, friends, and other aspects of society—into thinking that they should want to dress in the conventional way—with super-revealing outfits, killer heels, and other garments that are made for show and not for comfort. Worse, women are told repeatedly by these same societal forces that by dressing that way, they will feel empowered—this magic word that is touted so often that it is beginning to lose its meaning. “Just look at Beyoncé/Rihanna/etc,” the argument goes. “She’s a powerful woman, and she dresses that way, so surely if you followed her example, you would feel empowered too!” In reality, however, feeling empowered comes from exercising your own power, which includes wearing outfits that make you feel good in yourself, not making fashion choices based on what somebody else thinks you should be wearing. Here are some examples to get you thinking about outfit choices that will make you feel empowered.

You don’t have to reveal lots of skin

During the sexual revolution of the 1960s and 1970s, many women abandoned the conservative, buttoned-up styles they had been expected to wear by their parents and teachers for sexier and more revealing clothes. At the time, this was an act of liberation and a way for women to express their creativity and identity, including as sexual beings. However, wearing revealing clothes has become the norm in many Western societies, to the extent that for lots of women, it now feels liberating to cover up more. Wearing more modest clothing makes many women feel that they are dodging the male gaze and expressing who they are in a way that avoids their own sexual objectification. The good news is that dressing modestly doesn’t have to mean dressing boringly—check out these cute midi dresses, for example!

Choose your footwear for comfort and practicality

One of the most pernicious aspects of women’s fashion is the idea that shoes and boots are primarily made to look good and add to your outfit. Women around the world trudge up the street and into the workplace in high heels, stiff flats, and other kinds of uncomfortable footwear in the name of looking professional and fitting in. Some companies even require their female employees to wear heels (looking at you, commercial airlines)!

Really, the primary purpose of footwear should be to keep your feet dry and warm, to ensure you don’t slip and to stop your feet from hurting. Thankfully, it is becoming increasingly easy to find shoes that look good and also perform these important functions. Look at the more ‘urban’ end of outdoor shoes, such as shoes designed for hiking or running, and make sure that the footwear you select has a grippy sole such as a Vibram sole.

When in doubt, make your own

Can’t find the kind of clothes you want? Get creative and make your own! If you’re not into crafting, you could always take any old plain T-shirt and personalize it by printing your favorite quote on it, which is a widely available service. Here are some feminist quotes to get you started!

There you have it: outfit choices to make you feel empowered!

How to Choose a Formal Dress that Fits Your Personality

5 Items to Help You Stay Safe from the Summer Heat

5 Ways You Can Dress Fashionably On a Budget

8 Ways to Spruce up Your Morning Routine