How to Tell if Someone is Interested in a Relationship 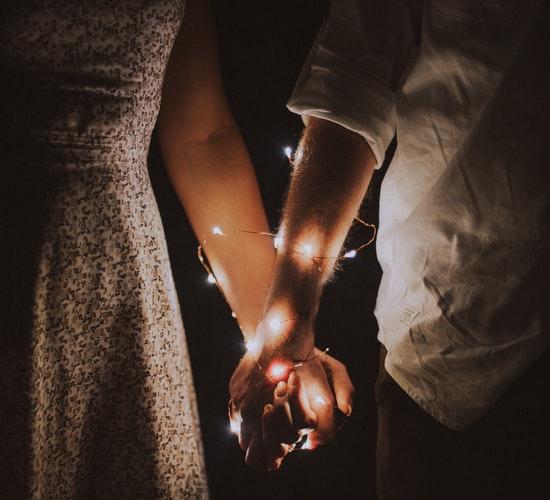 Perhaps, you’ve started to fall in love with the person you’re dating, but you’re unsure whether they want a long-term relationship. And know you’re searching for signs or clues.

Relationship experts recommend asking the person directly. And while this is a sure way of knowing, to some, they wouldn’t want to ruin the moment by putting their partner on the spot. Others are too shy.

If you fall in either category, don’t worry, we’ve got you covered. Below are some critical early signs that people interested in long-term relationships display.

They are consistent and always make time to see you

When someone is interested in a long-term thing, they don’t simply find time; they create it!

This means they are intrigued by you and want to spend lots of time with you. Also, if they are consistent – showing up on time, for example – they show that they are making an effort and genuinely want to be there.

However, be wary of people who come on hard after knowing them for a short time because they may be having the avoidant attachment — desiring to be with someone but becoming uncomfortable when they get close and backing off. If they seem overly eager, this could be a warning sign, and you may need to back up a little.

They are starting to make minor commitments

You may start noticing your significant other taking small steps toward commitment. These might include discontinuing communication with other contacts, requesting exclusivity, and frequently saying, ‘I love you.

Other indicators of commitment may include leaving a few possessions at your flat, wanting to meet up with your family or friends, and so on. It could be a perfect moment to talk about the future if you notice these things.

They always want to talk to you

Have you noticed your significant other getting moody or raging at times? This is one of the clear signs he misses you badly. There’s a possibility that they’re having a hard time understanding you, or they’re taking things out on you in hopes that they’ll elicit a strong reaction.

It could also be that they’re frustrated by the lack of communication. When a person is interested in a long-term relationship, they’ll want to know every aspect of you—your interests, hobbies, likes, etc. And so, they’d always like to keep the conversation going; thus get frustrated when you’re unavailable.

They Make Inferences About Their Relationship Goals

Please pay attention to the subtle future conversation, as it might disclose a lot about where your partner’s mind is at.

If someone consistently brings up long-term relationship goals early in the relationship, it’s a positive sign that [they] are interested in having one; this could be addressing marriage, moving in, or even wanting kids. Even if you haven’t discussed how these things apply to your lives, this is a good indicator.

Take note of the vibe they have around you

Being in the presence of someone who has a deeper connection with you has a physical effect on them.

It makes them feel nervous, which is a type of healthy stress in this circumstance. Their heart rate might increase, causing them to blush or even sweat. It’s what people can’t help but do, and it affects the energy they give out to you.

It should feel like they’re happy to be with you, but it could also mean they want to get away from you.

They remember the ‘minor details’

If a person remembers what you said, even if only in passing, then returns to it later, they are likely profoundly interested. They took note of what you said, and it was important to them that they remembered it.

It’s worth noting that our brain will make room for us to recall crucial information because of’ selective filtering. If our brain tells us something is important, it’s usually because we care about it – and our significant other is quite likely to care about it as well.

Caution: Some individuals remember stuff about you because they believe it is vital to revisit later to use it against you. However, this certainly doesn’t involve the small things, such as a simple embarrassing moment. It’s all about personal information.

Undoubtedly, if you’d like to know whether the person you’re interested in wants a long-term relationship, the only way to be sure is to ask. Although asking sounds awkward, sometimes, it can prevent you from wasting your time or hurting your feelings. Nevertheless, these signs should help you determine whether asking is worth it.

Ways to Remain Religiously Active When You Can’t Attend Church

What Are Your Options When it Comes to Defending Yourself?

Guide to Naturally Treating Anxiety or Stress in Your Life

Found a good place for me father’s vintage coffee tins …
Lol … I think we’re all a little bit related. 💕 I updated my cover photo with my grandkids latest photo and had to chuckle. Brow bones and cheek bones, all mine.
The stockings were … shoved wherever I could find space … Merry Christmas and to all a good night!
Merry Christmas Mark Dalphonse. ❤️😭✌️
Happy First Birthday to my grandson! He had such a great day! #nonnasboy #bluesclues #firstbirthday
No filter … #longlake #sunrise #lakesunrise #fireonthewater #beautiful #weekendgetaway #maine #newengland

How to Find Help to Recover From Addiction

Ways to Remain Religiously Active When You Can’t Attend Church