How Children’s Clothing Has Changed Throughout History 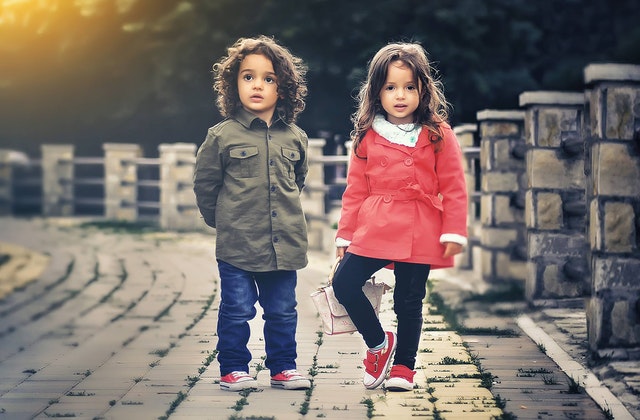 Fashion buffs are always fawning over women’s clothing, its rich style history, and the many incredible changes that have occurred over generations. Children’s clothing, too, is as fascinating and has also created amazing looks and options for kids that took hold during the 1920s.

It Was Plain And Practical

According to textile and costume experts, childrenswear began to change as society started to redefine the role of children in a changing cultural landscape during the 19th and 20th centuries.

During the Victorian era (1820-1914), little girls were dressed in garments that closely resembled their mothers’ ensembles. A daughter would be outfitted like a “mini-me” of her mom, for example.

A typical dress would be made of a breathable fabric such as cotton, silk, or linen and be in the shades of cream or white. There was nothing fancy about these early garments.

When the 1920s came around, kids’ fashion stole the show, and today, vintage style children’s clothing is as popular as ever.

Some of these cute styles from the 20s featured classic nautical looks for both boys and girls in timeless navy and white striped pieces.

Little boys were decked out in pants with a shirt, and often, suspenders. they also ran around in flat-cap hats and overalls.

When kids played in the yard during the 20s, both boys and girls would wear lace-up boots.

Babies during this time would be in christening type gowns in a white color until they began walking.

In the 1930s, conservatism was emphasized and saving money during economic challenges. History shows us that a lot of parents made their kids’ clothing in the home.

A Sears catalog from 1934 featured 3-piece suits made of linen for boys and pinafore dresses for the girls.

The zipper also came into vogue, and that invention would lend to further creativity in fashion forever.

During World War II, people were making baby clothing for the most part due to rationing and tough economic times. Most of the outfits were hand-knitted.

Young children were also outfitted in dungarees and buster suits, which were fashioned with a shirt and shorts attached with buttons.

Older girls mostly wore dresses, and older boys could often be seen in long socks with shorts and a blazer and tie.

When the 1950s rolled around, several vintage kid styles debuted that are still popular these days. Some of these included poodle skirts and saddle shoes.

Toward the end of the 1960s, fashion for children saw a huge transformation as materials and manufacturing became refined.

The styles from London were making waves, and that influence traveled right across the pond.

Here in the United States, kids were walking about in brighter colors of clothing with a variety of patterns. The older girls were excited about wearing mini skirts, and the boys were inspired by London’s fashionable pea coats and tighter trousers.

In today’s fast and ever-changing world, fashion for both children and adults changes swiftly. New trends appear, and some stay around, but many disappear after the season.

You can check through old clothing catalogs to see the fascinating history of children’s clothing and how society had perceived their roles to be. There have been many interesting changes through the decades, and there will be many more to come in the future.

These days, children like to set their style, and lots of parents allow them to express their personality through their clothing choices.

Some are nostalgic for fashion from yesteryear while others only want the latest street style garments available.

As writer Christopher Moore once said, “Children see magic because they look for it.”

Safety Tips That Your Family Should Consider

Before Hosting A Sleepover: Check These 4 Things

Shoes: Getting the Right Pair Matters