5 Tips for the New Guitar Player in Your Family 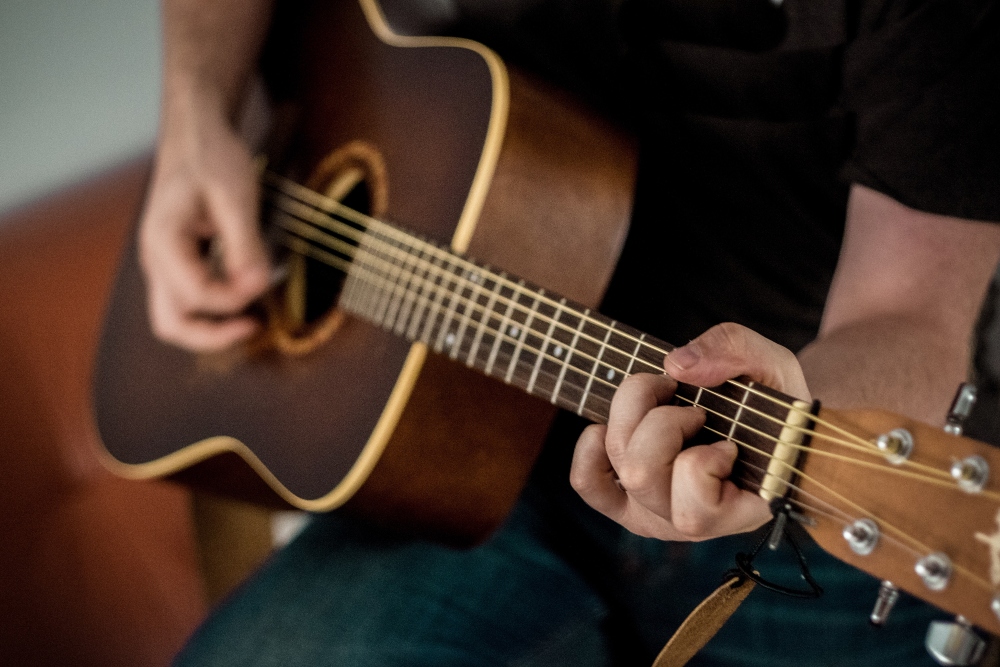 Contrary to what some in the music industry have said, guitar playing isn’t dying. In fact, according to an industry study, an upswing is happening. You know this because someone in your family is a new guitar player. This is fantastic since music is a powerful tool for enjoyment, focus, and learning. If dedicated, the musician could become a versatile player in only a few months. To find out more, here are 5 tips for the new guitar player in your family.

What Type Do They Want To Play?

Guitars have been around in one form or another for thousands of years. Even the electric version has been part of our culture for over a half-century. Therefore, your new guitar player needs to select the type they want to start with. Acoustic is the simplest. It doesn’t have the variations that an electric model has to change how it sounds. They might also want to consider something like a mandolin or banjo. In the end, let them select something they’re passionate about. It helps maintain their interest.

If musical savants need to practice an instrument then your new guitar player needs to do it as well. It takes 10,000 hours to become a subject matter expert at something. Despite what they feel, they probably won’t become the next Eddie Van Halen in under a week. Yes, practice can be monotonous. Nevertheless, the more it’s done the quicker muscle memory is developed. This gives your new guitar player the ability to recall previous lessons quicker as they progress.

Constant studying is dull. Its repetition is mind-numbing to the point that someone’s concentration starts to waver. It’s the same for school work as it is for learning how to play guitar. If all your family member does is learn scales they’ll quickly tire of the interest. Within a short period of time, they’ll put the guitar in the corner while they look for something else to do. To prevent the instrument from gathering dust and becoming a clothes hanger, help them diversify their practice.

Have them focus one part of their study on the mechanics. These are scales and the finger positions required to make music. In the other part, encourage your new guitar player to use their skills in a song. Have them make one up or choose a number from a musician or band they admire. This should encourage them to concentrate on their skills.

A reason why your family member wants to play guitar is they admire a famous musician. Thus, they might want to purchase the same model the professional uses. Most likely, this is a custom-made piece that’s worth tens of thousands of dollars. A novice doesn’t need such an expensive instrument. Instead, look at places around your area and online stores for inexpensive quality guitars. For example, you can try to find a Gibson guitar for sale that’s in good condition and doesn’t require you to take out a loan to buy it.

Creativity might start in a vacuum but it shouldn’t continue there. A family member who practices and performs in solitude might eventually feel it’s not worth the effort. They may put the guitar back into its case before you hear a single note. This is why you need to motivate them. Mostly, this should be in the form of encouragement. Ask them to show you what they’ve learned over the last few days. No matter how little it is, encourage them to move forward. Never scold them for not doing enough.

Another form of motivation is signing them up for an open mike night where they can display their talent. Of course, don’t force this on the new guitar player. If they don’t feel they’re ready, then let them know the invitation is always open for them to make it happen. Let them learn and perform at their own pace.

The guitar is a magical instrument on its own and as part of a band. Should you have a new guitar player in your family let them know how proud you are of them. Then, continue the motivation so they have the power to thrive.

5 Legal and Ethical Concerns for Starting A Business.

How to Maintain Productivity in Your Medical Office During COVID

Got a Chronic Clog? Why You Should Ask Your Plumber About an Inspection