6 Foods That You Should Never Feed Your Dog 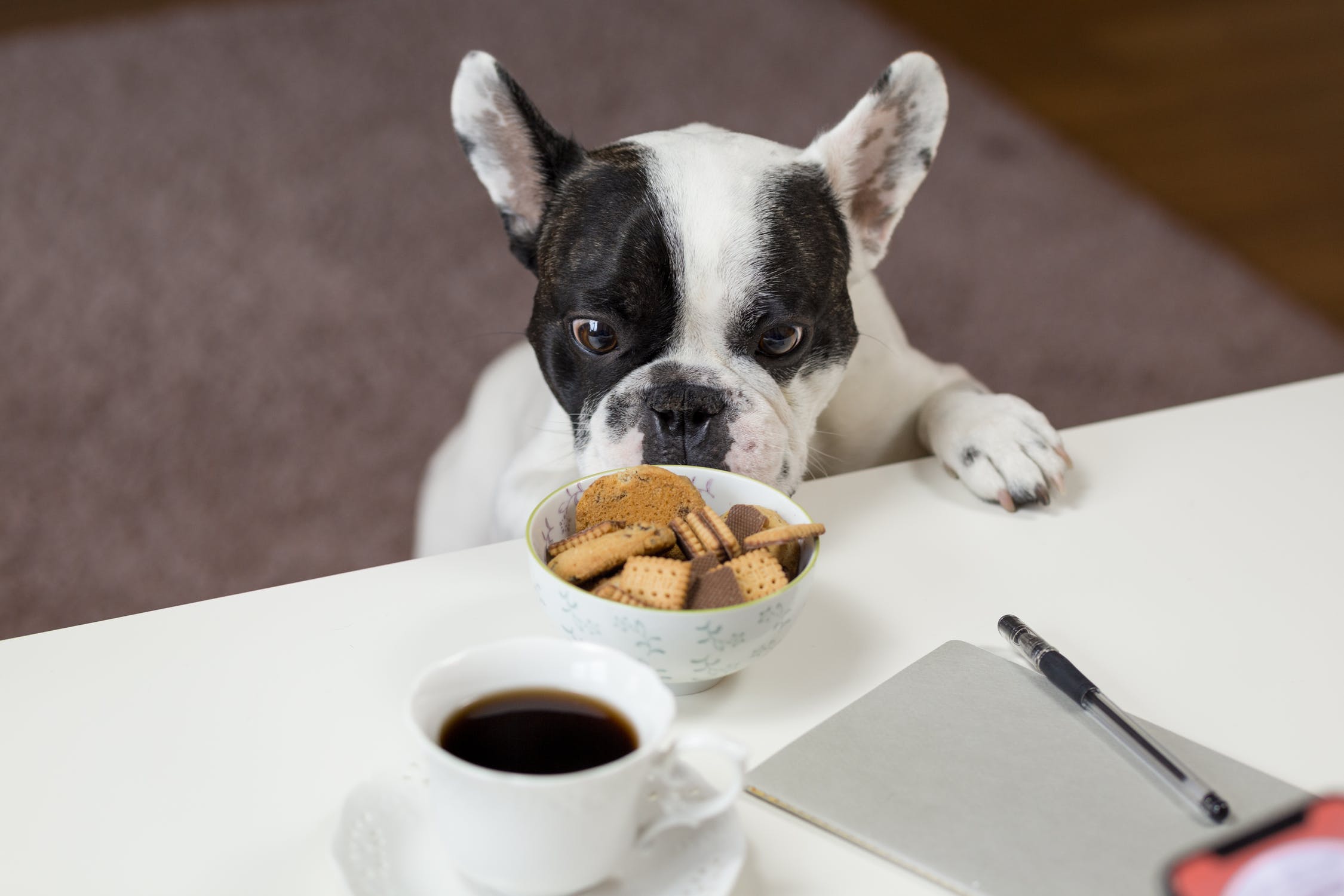 Dogs have a very special ability to make themselves look adorable whenever they want something, but sometimes giving in to their puppy dog eyes could cause them a lot more harm than good. Like many animals, dogs have very sensitive digestive systems and aren’t used to eating a lot of the foods that we humans eat. Although it’s always best to stick to healthy dog food as your dog’s main meal, if you are going to give them a treat, then here are 6 foods that you should avoid.

No matter how tasty we think it is, chocolate is actually very toxic to dogs as it contains a substance called theobromine that affects their heart, kidneys, and central nervous system. Even just a small amount of chocolate can be enough to cause fatal damage to your dog, so you’ll have to find a dog-friendly alternative to give them as a gift.

Onions are in a lot of foods, especially processed foods like pizza. Sadly, onions and dogs don’t mix, and eating onions, even mixed into a dish can cause your dog to have serious gut irritation and signs of positioning. As well as onions dogs should avoid all other members of the allium family, including garlic and chives.

Although in the wild dogs would have been used to tucking into bones of all shapes and sizes, it’s important to realize that many domesticated dogs are now very far removed from their wild ancestors. In particular, dogs should avoid eating small cooked bones, such as chicken bones, as these become brittle when cooked and can easily cause an obstruction in your dugs gut. If you want to give your dog a bone, give him a large raw one and keep an eye on him to make sure he doesn’t break off any large chunks that could get stuck.

Corn on the cob

Corn on the cob doesn’t contain anything that’s inherently poisonous to dogs but it isn’t easily digestible and can cause a lot of gas, bloating, and discomfort. If your dog eats a small amount of corn on the cob then he should be fine, but eating a lot or swelling a whole cob could cause a blockage as well as intestinal pain.

Sweets such as candy or chewing gum often contain a substance called Xylitol, which, even in very small quantities, can cause liver failure, seizures, and vomiting. Chewing gum in particular often contains xylitol and so it’s important not to let your hungry friend eat chewing gum that they may find on the sidewalk.