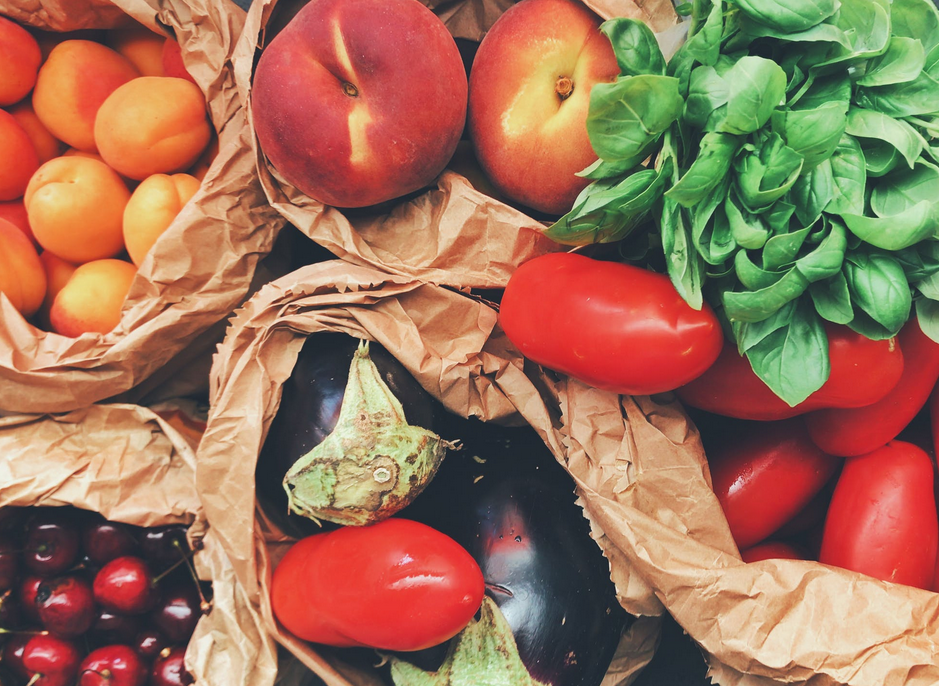 Food tastes better when it is in season. There’s a reason why tomatoes taste bland and mealy in the winter. They’re a summer vegetable, after all. Seasonal eating has other benefits as well. It champions small farms over mass agricultural providers, reduces carbon footprints (out of season food is shipped and distributed thousands of miles), and supports local economies. Here are four tips for eating seasonally.

So what’s in season? The best way to find out is to look out the window. If the farmers in your region are growing it, then it’s in season. If you shop at farmers’ markets, farm stands and greengrocers, or purchase a share (CSA) at a local farm, you’re guaranteed to get the freshest, cleanest, and most nutrient-packed food.

Foods that are naturally abundant now won’t be naturally abundant later. Pickling, canning, and freezing are easy ways to eat seasonally long after the season has passed. Whether you’re pickling cucumbers, blanching and canning tomatoes to use later as pasta sauce, or making jam from blueberries, preserving food when it’s at the height of its freshness helps it stay “in season” throughout the year.

Eating seasonally takes preparation and pre-planning. No, it’s not as easy as going to the store and buying a pre-made box meal; however, it’s not difficult either. In order to be successful, sit down and plan a week’s worth of meals. Seasonal meals are in harmony with nature’s rhythms so when you plan the menu, base it on foods that are in season.

Eating in season doesn’t have to be complicated or overwhelming. While home cooking takes more time than simply putting a meal in the microwave, you don’t need to spend three hours over a hot stove on a weeknight trying to create a Michelin star-worthy meal. Keep it simple. Besides, who says a home cooked meal needs to be cooked in the kitchen? Gas and charcoal grills make seasonal cooking as easy as flipping a burger. Find inspiration from what’s in season, not from what’s trending on Pinterest or Instagram.

While only a diehard foodie is going to lambast you if you grill asparagus in the winter, understanding the growing season and knowing where your food comes from will help you better connect with your community, not to mention the planet.

The Importance of Oral Health: 4 Reasons to Brush Your Teeth