Safe or Dangerous? 4 Common House Spiders You Might Encounter 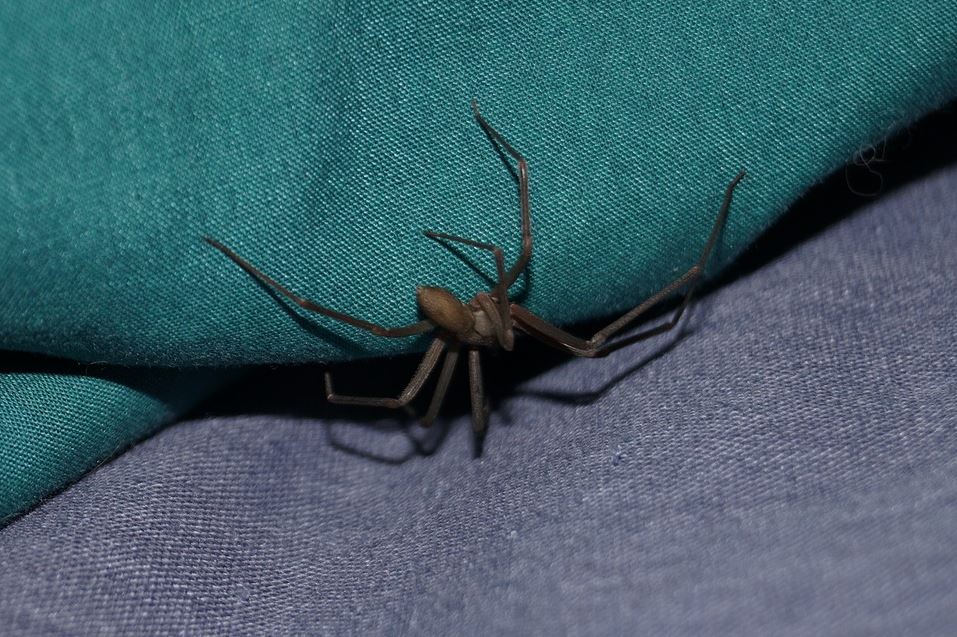 Finding a spider in your home can be a terrifying experience, especially when you don’t know if they are venomous or not. While spiders do have a venomous bite, the vast majority are harmless to humans. It’s important to know which is which, however, as the ones that do bite can be harmful to the health of you and your family. Here are four spider species that you are likely to encounter in your home and what you need to know about them.

Confusingly, there are two pests called “daddy long-legs.” One is the “harvestmen” that is technically isn’t even a spider, and the other is the long-bodied cellar spider (Pholcus phalangioides). The long-bodied cellar spider has skinny legs are several times as long as its body. There are no records of their biting people and actually eat more harmful types of spiders. On the other hand, they are considered pests because they will get into cellars and similar places and spin their webs to catch prey. Unlike most spiders that eat and reuse their webbing, cellar spiders leave theirs behind, creating those cobwebs that are so commonly found in basements.

The yellow sac spider is a commonly found spider by homeowners. While they aren’t incredibly dangerous, they do have a painful bite that can cause allergic reactions in some people and therefore shouldn’t be left to wander the home. Yellow sac spiders are generally light yellow in color with fat abdomens. They often make a flat silk sac on which they rest during the day. They are nocturnal like many spiders and so are usually only seen moving about at night. Because they do bite, they are among those you would want to call pest control to remove from your home should you suspect an infestation. While they will happily remain outside during warm weather, they will often try to move indoors in the fall as it gets colder.

Wolf spiders are known for their intimidating size; they can range from ½ inch to 2 inches long. Its eight eyes are arranged in a characteristic pattern: two medium-sized eyes up top, two large eyes in the middle row, and four small eyes in the bottom row. They are typically brown or gray with stripes or blotches that provide it with camouflage. Wolf spiders are solitary hunters that don’t build webs, so you’ll only really see them when they’re hunting at night or if you find where they are sleeping. It is most likely to seek shelter in a person’s house when the temperatures cool in autumn. Outside, they rest in burrows, leaf litter, or log piles. They are not generally aggressive. However, when provoked, they bite without hesitation and carry a painful and venomous (though not lethal) bite.

The brown recluse spider (Loxosceles reclusa) is sometimes also called the “fiddleback” or “violin” spider because of the violin-like mark on its back. Its body and legs are a uniform shade of brown that can range from tan to dark brown. Unlike most other spiders, the brown recluse six eyes rather than the usual eight. The brown recluse is not aggressive; most people get bitten either by disturbing the spider’s daytime resting spot or by rolling over on it in bed. While most spider bites heal without complications, a few people develop systemic reactions like a rash, fever, or vomiting. Because of this, these spiders are considered to be one of the more dangerous ones and should be exterminated if found in the home.

Everyone can quickly identify the more famous spiders, such as the black widow. It’s when you get into the various shades of brown, grey, and yellow that most people become uncertain as to whether they are facing something deadly, something irritating, or something harmless. Be aware of what spiders are common in the area you live and call an exterminator if you find signs of an infestation in your home.

Novel Ideas for Decorating Your Home