So, You’ve Got A Bright Idea…Turn it into a Business! 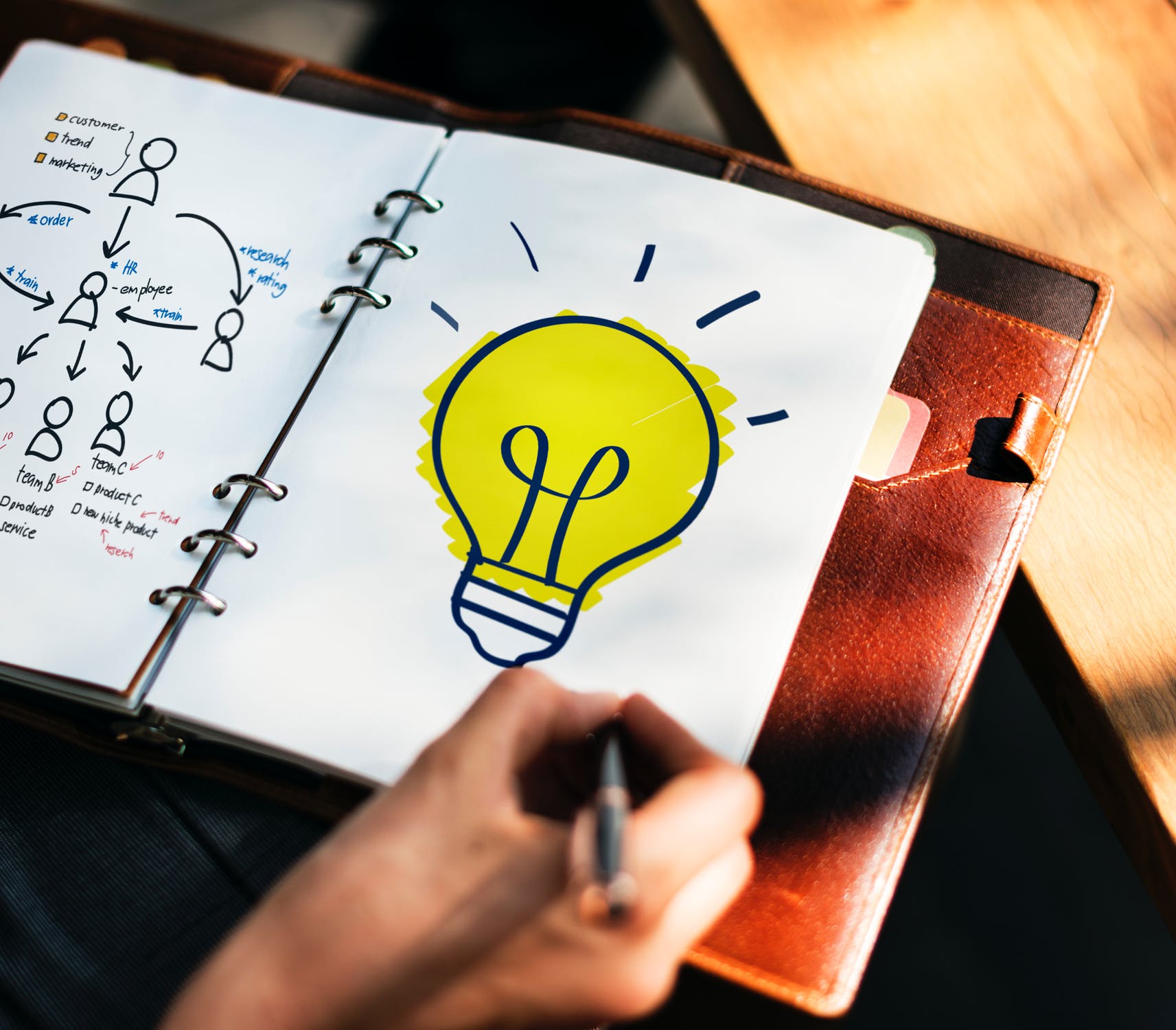 When was the last time you had an idea that you just KNEW would affect the world in a good way? Do you remember what that idea was? Do you remember how it made you feel that you thought of it? Most importantly: did you write it down?

Almost everyone comes up with a great idea at some point. A great idea that could turn into a profitable business, one with a future and the chance for expansion and notoriety (the good kind). However, most people have an idea and then do nothing with it. They have a plan, and then let that same idea float away without doing anything with it.

Some worry their concept isn’t good enough. Others fear that the idea may be replicated and stolen by someone else. For the rest of us, it comes down to a lack of confidence, bowing out of the game at some point in the process. Good ideas will come and go, but whether you hold onto one and develop it? That’s what will make a difference in your life.

If you think starting a business, finding premises and hiring staff is going to be what you want, you need to have more than just an idea. You want a company that will have a million-dollar turnover and to do so; you need to consider the advice below!

Settle On An Idea

It’s always great to have a number of ideas on the go, but you need only one of them to run with and turn into a stable business. If you have a lot of ideas swirling around, there’s every chance that none of them is the right one for you. You need to spend your time working on one plan that has potential rather than regularly weigh up all the options for other ideas. Pick one and stay with it until you have given it everything that you can. It’s only then that you will work out whether it’s the right idea for you. Your concept should feel right, and it has to be something you settle on before you take the time to research locations and finance.

Get Your Idea Validated

If you’re the only person who knows about your idea, you’re never going to know if it’s worth anything. Sure, you can think it’s great, but you need real opinions of real people who could be interested in it. Don’t keep your idea to yourself; start to test it on actual friends and family who could give you their support. There is nothing that beats the opinions of real customers; not even a business plan. The best way to start up your business idea is to fund a prototype and build a minimum viable product.

This is how you can get your product in front of people. Soon enough, you’ll be scoping articles like “How To Negotiate An Office Lease For Your Company Or Startup“, which will play a big part in planning your finances. When you build a prototype of your product idea, you put out something that will offer a solution to a problem that your customers have.

It doesn’t have to be a fully functioning model of your idea; it could be a presentation slide or even a print out of your view. Something like that can be built upon, and you can share it with possible customers and get some feedback as to whether it solves their problem.

Get The Idea Executed

Ideas aren’t what make you the million-dollar turnover; execution does. When Steve Jobs thought about Apple, he didn’t start making money. The power and cash came in the execution of the products into the community focus groups. Building the prototype will be the first step, then you need to get it out to your customers and let them decide whether it’s a good idea or not. Letting the customers decide if it’s a good idea is a smart way to ascertain if you’re on the right track.

How scalable is your idea? Are you going to need to purchase business premises, or are you going to rent? Are you going to hire a whole team to fill an office, or are you going to go it alone? You have to consider this before you find your large market – your idea should be catering to a broad audience; otherwise, you’re wasting your time. Starting local and scaling up later is always an option, but why do that when you can target the big fish from day one? Make sure that the problem you can solve is a problem that many people have so that you can continue to expand.

Go bigger with your idea so that when you approach companies for finance, you are approved quickly. It also means that when you go to look at premises for your business, you need the staff to fill it and you’re confident that your new business idea will pay for it. A product needs growth potential as well as the potential for diversification, later on, so make sure that your idea is a positive one.

Make It A Must

As you know, most ideas you’ve had have been no-goers. They’ve been ideas that have been nice to have, and while you could probably sell a few things out of them, you couldn’t manage to build a fully-functioning business. You have to ensure that your business is iron-clad one. People need it. They must have it. Get to know your market, your customers and their wants and needs. You can then get to know from the customers whether the idea is something that they must have, not just something nice to have in the house or the office.

An idea is just an idea until you get proactive and start to work on it. You can have a million good ideas, but not all of them will be ones that you can turn into a business that has that high turnover that you’re looking for. Build your idea into one that requires you to negotiate an office lease and hire a crack team to help. Then – and only then – will you have that million-dollar turnover.

How to Plan a Successful Trade Show