Boys Won’t Be Boys: Teaching Young Men to Be Responsible for Their Actions 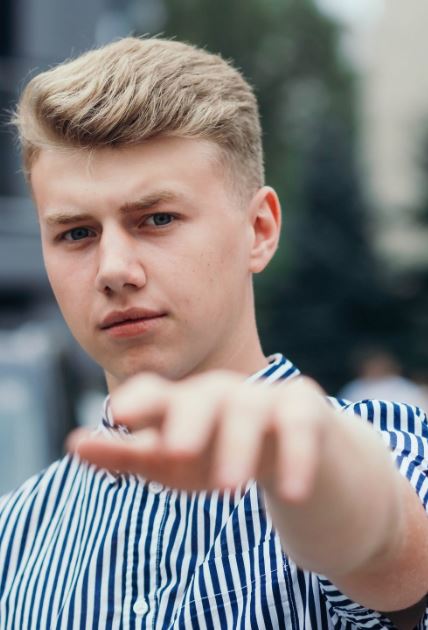 It is easy for society to brush aside male indiscretion as simply boys being boys. However, it is important that young men understand that there are consequence for their actions. Let’s look at a few ways that parents can help their sons make better choices and learn from their mistakes.

It is critical that young men learn the importance of getting consent before engaging in any sort of sexual activity with others. This is true in a sexual encounter or any other situation in which another person might participate in. By asking for consent prior to doing something with or to another person, that individual retains agency and control. Ultimately, it allows everyone involved to enjoy or get the most from an experience.

Just because misbehavior is common it doesn’t mean it’s legal or correct. Say two teens swap nude pictures. They show them to their buddies and they all think its harmless fun Just because a teen thinks it’s a harmless text doesn’t mean it’s legal or correct. This could constitute distribution of child pornography and have many legal and ethical impacts.

Teenagers generally don’t think about how an action could impact them years or decades from now. Therefore, it is important to talk about how drinking and driving could lead to jail time or getting kicked out of school. After all, jail isn’t free, so securing a bail bond may be required. Which only complicates things further. Serving time for sexual or other types of assault, drug use, DUI, underage drinking could make it harder to get a job years or decades into the future. Just because you did something for fun doesn’t mean it won’t go on your permanent record. By talking about the long-term consequences of succumbing to peer pressure, a young man may be less inclined to engage in these kind of risky behaviors.

Teens may try to cover up their insecurities by picking on others. They may also try to mask their bullying as nothing more than an attempt to be funny. While there are times in which physical humor can work, it is never humorous to hurt someone. This is especially true if an individual didn’t consent to being part of a prank that involved being touched in any manner. Saying something is a joke isn’t a way to wash your hands from your actions. Humor is no excuse to be a jerk to others.

Be a Good Role Model

As a parent, you should always be on the lookout for teaching moments. For instance, you can model good behavior by walking away from a fight or from someone who is verbally harassing you. You can also teach your child that actions such as crying or talking about his or her feelings is not something to be ashamed of. Kids who are taught to express themselves are generally better able to handle their emotions as teens and as adults.

Teaching your son how to be a good person can serve him well in his personal and professional life. It can also create good habits that he can pass along to his children.

6 Super Simple Ways to be More Present With Your Kids

Benefits of Co-Parenting for Your Child