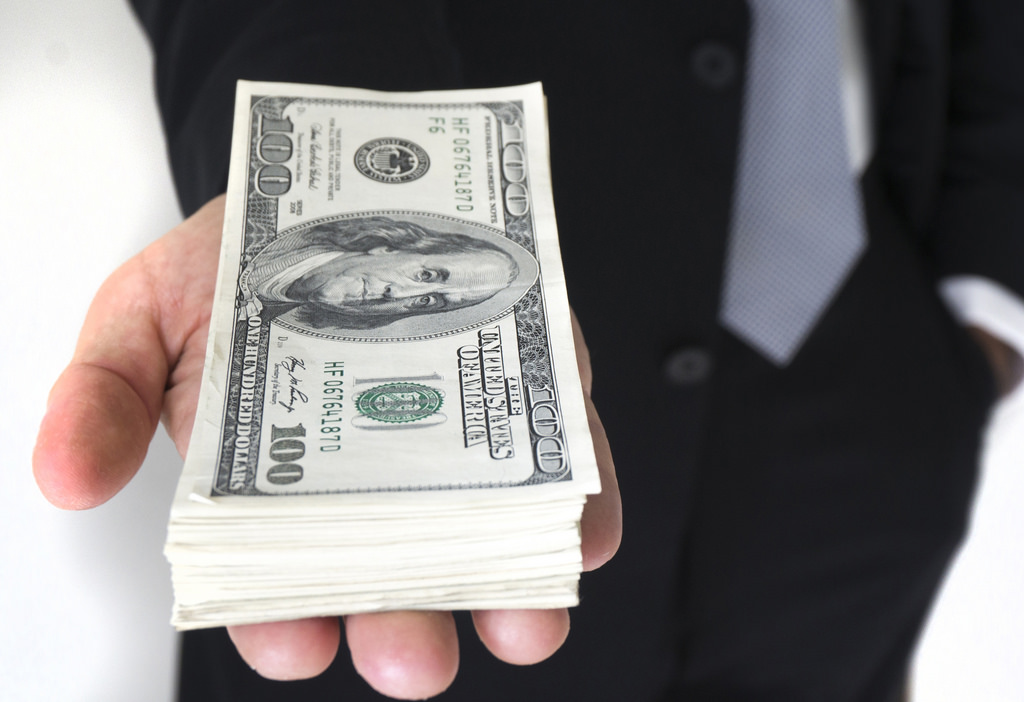 Payday lenders have blown up over the last few years and have become a popular solution for people that can’t get credit elsewhere. They brand themselves as a friendly alternative to the mean spirited banks that won’t lend you money because of your credit score or your existing debts. They claim to help people that have a shortfall between their income and outcome plug that gap with small, short term loans. However, the reality of payday lenders is very different.

The interest rates on those short term loans are ridiculous and even though some steps have been taken to regulate them, they still exceed 1000 percent most of the time. The problem is, you take out a loan to cover yourself for the month but then when you pay it back with the hefty amount of interest, that puts you further into the red next month.

Before you know it you’re taking out payday loans every single month just to get by and you’ve become completely reliant on them. When you get yourself into this situation you’re spending so much money on interest payments every month.

That’s how payday loan companies get the majority of their money and they thrive on customers like this that get themselves into a cycle of debt. If you use it once or twice to cover unexpected expenses you might be alright, but you should never be using them to cover your normal monthly expenses because it’ll be almost impossible to straighten yourself out again.

If you’re having trouble covering all of your monthly bills, avoid taking out payday loans, use one of these alternatives instead.

If you need an extra cash injection, why turn to payday lenders when you’ve got so much unused stuff just laying around the house. If you actually took the time to go through all of those drawers and cupboards, you’d probably find hundreds of dollars worth of stuff. Why not take the opportunity to clear out the house a bit and make some money out of it while you’re at it.

It’s so easy to use sites like Buyback Express to sell old DVDs, video game, books and all sorts of other stuff. You just need to use your webcam to scan the barcodes and the items are added automatically. Alternatively, you could put some stuff up on eBay or Craigslist, or even have yourself a good old fashioned yard sale. You’ll be surprised at just how much money you can make from all that old junk and hopefully it should cover any shortfalls that you’ve got.

If you’ve got stuff that you know is valuable that you want to keep, but you find yourself in a tricky financial situation, you could try pawning the stuff for a while. But if your financial troubles are likely to be long term, this isn’t a good option for you.

You might find that you’re in financial trouble because all of your bills are coming out at the same time and you can’t quite cover it all. If you could just hold off on a few for a week or so until you get paid again, you’d be fine. If that’s the case, have a look at the direct debits you’ve got coming out.

Don’t mess around with your mortgage or anything important like that, but some of the others like phone bills or energy bills can wait. If you pay it a week later than usual, the companies won’t usually complain that much. So, cancel those direct debits and start paying those bills manually. That way you can wait until you’ve got the cash there and you don’t need to turn to payday lenders.

If you’re going to do this, don’t just cancel the direct debits and stop paying on that date without telling anybody. You’re likely to land yourself in trouble if you do that but if you just explain to the company that you can’t afford it on that date and you’ll pay it a week later they’ll usually be understanding and let you change it.

Borrow From Family And Friends

It’s not something that anybody likes doing and a lot of people let their pride get the better of them and turn to payday lenders instead of asking their friends and family for help. The thing is, your friends and family won’t mind lending you money when you’re in a sticky financial situation as long as it doesn’t become a regular thing.

Most people that use payday lenders aren’t borrowing that much cash, but the reason that they get into trouble is because of the massive amounts of interest. When you borrow from family and friends you can avoid all of that.

When you’re borrowing from family and friends you need to make sure that you can pay it back on time so things don’t get awkward between you. Only borrow an amount that you’re sure you can afford to pay back and set up a payment schedule to make sure you get it back to them on time.

Before payday loans, overdrafts were the go to option for short term lending. If you can dip into your overdraft for a week or so when you need it and then pay it off soon, you won’t have to pay too much interest. It’s still fairly easy to get yourself into a cycle and become reliant on an overdraft but it’s the lesser of two evils.

The interest rates on an overdraft vary depending on which bank you go with but they usually max out at around 20 percent. Compared with the huge interest rates on a payday loan, it’s still significantly better. However, you’ve got to be careful that you don’t go over your limit and dip into the unauthorized overdraft. They’ll let you have the money but next month you’ll have to pay massive charges for exceeding your limit.

Credit unions are great organizations that can help people that are in serious financial trouble. They’re non-profit organizations that are set up and run by their members, rather than a large corporation or a bank. That means that they’re usually more ethical about the way that they lend people money and they’re aimed at helping you get out of debt rather than keeping you in it like payday lenders.

The interest rates they offer are lower than the banks most of the time and they’re certainly lower than those payday lenders. They’re also more likely to be flexible with repayments if you’re a bit behind sometimes.

As a rule, using credit cards isn’t the best way to get yourself out of debt. You aren’t really clearing the debts you’ve got if you put them on a credit card, you’re just moving them somewhere else. However, if you’re stuck for money and you just need a bit extra then they can be useful if you use them right.

If you are confident that you’ll be able to pay off the balance by the end of the month you should be fine but if you don’t think you will it’s best to steer clear of credit cards. You’ll start racking up interest if you can’t pay off the balance and even though it won’t be anywhere near as high as the rates you’re going to pay on a payday loan, it’ll still land you in trouble.

There are plenty of deals out there that are interest free for the first year so if you can find one of those, you can get the extra cash you need without any of the hefty interest payments. Having said that, you might not be able to get one of these deals if you’ve already got maxed out credit cards that you’re still paying off.

It all depends on your personal situation but you should only use credit cards if you haven’t already got ones that you owe money on and it should always be a short term solution, not a long term financial plan.

Ask For An Advance On Your Wages

A lot of the time employers are going to say no to this but it’s still worth asking them about it. If you explain your situation to them and ask for an advance to cover your extra costs, they might say yes.

You’ll either have to pay it back as a lump sum that comes out of the next month’s wages or they’ll set up a payment plan so you can pay it back in installments. The benefit of asking for a wage advance is that you aren’t going to have to pay any interest on it, though they might ask for a one off fee to cover the administrative costs.

It’s a fairly risky thing to do because if you can’t pay it back on time you end up owing your employer which is never a good position to be in. But if you’re certain you can pay it back, it’s a good way of giving yourself a bit of breathing room.

No matter what the payday lenders might say, they’re not there to help you. They thrive on keeping people in a cycle of debt so you should always use one of these alternatives.

5 Home Emergencies You Should Always Be Prepared For