Vacationing In Africa? Where to Begin 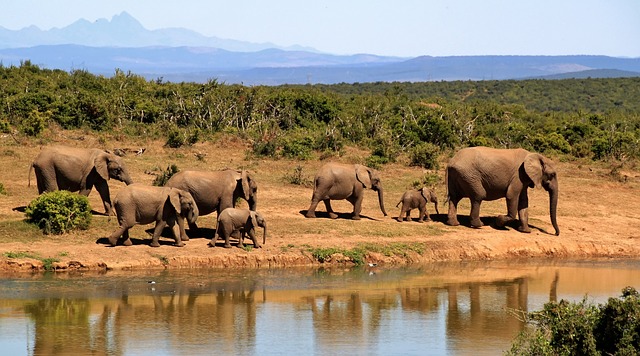 Africa is huge. A statement that is obvious, but yet one that people don’t really comprehend until they really think about it. Look at a map of the continent, it’s absolutely ridiculous. How are you supposed to even begin to think about travelling there to explore it? The whole continent has such a long history of cultures that modern scientists are fairy convinced that all humanity originated in Africa before spreading outwards across the globe. If you want to see Africa, but have no idea where’s safe or interesting, then let me show you some of the best places in Africa.

South Africa is a good place to start due to its more westernised cultural influences. It’s also a country with a deep and troubled history, but one with a culture that shines through its darkest days and one that has come to influence the art of the west greatly … Graceland by Paul Simon is still the greatest album of 80s (although it hasn’t got a lot of competition, admittedly). Whether you’re in Jo’burg, Cape Town, or going off the grid into the wilderness, you will find a country that is harsh, yet beautiful.

Now from the very bottom to the very top: Morocco is a place so different to South Africa that you would be forgiven for thinking they were on different continents. It’s an example of why people are stupid to believe that ‘Africa’ is one place that’s all about lions and desert plains. Casablanca, Morocco’s largest city, is an incredible place to visit. Its realness is matched by its history and allure (thanks to the film from the early 40s). If you do visit, be sure to check out one of the most beautiful religious buildings in the world: the Hassan II Mosque.

‘The Smoke That Thunders’ is a majestic site that can’t be adequately described in words. This majestic waterfall has double the cubic metre flow of Niagara Falls. Found in Zambia and Zimbabwe, it is considered the largest waterfall in the world (even though it’s neither the tallest nor the widest, but because the combination of the two means it is the biggest). Waterfalls are always breath-taking, especially when they are on this scale and have this power and ferocity.

I hate to include such an obvious tourist spot, but Giza is something that every human should witness. It is a monument to humanity’s ability to build and just be generally incredible. We built those bad boys without technology (although people claim aliens built them for us, but those idiots are doing us a disservice as humans). They are majestic and magnificent and despite being on the side of a rather disappointing little town they overshadow it and stand bold against the blue Egyptian sky.

To circle back to the beginning, Africa is big and I think is probably too big to see it all on one trip, even if you took a year of your life to do it … plus the longer you’re there the more likely it is that you will be eaten by a lion. It’s easier to just get some help, even by booking some package deals or even a guided tour which will mean you’ll see all the good bits whilst being able to avoid some of the more boring areas. Another bonus: you don’t have to think about anything as it’s all sorted for you!

Are you thinking about vacationing in Africa? What’s on your list of things to do?

How to Plan a Business Travel Trip

6 Essentials the Big Island Of Hawaii Has To Offer