Anna Todd’s After Was Written On Her Phone! Now a 4-Book Series! Enter to Win the first 2 Books! #AfterSaga 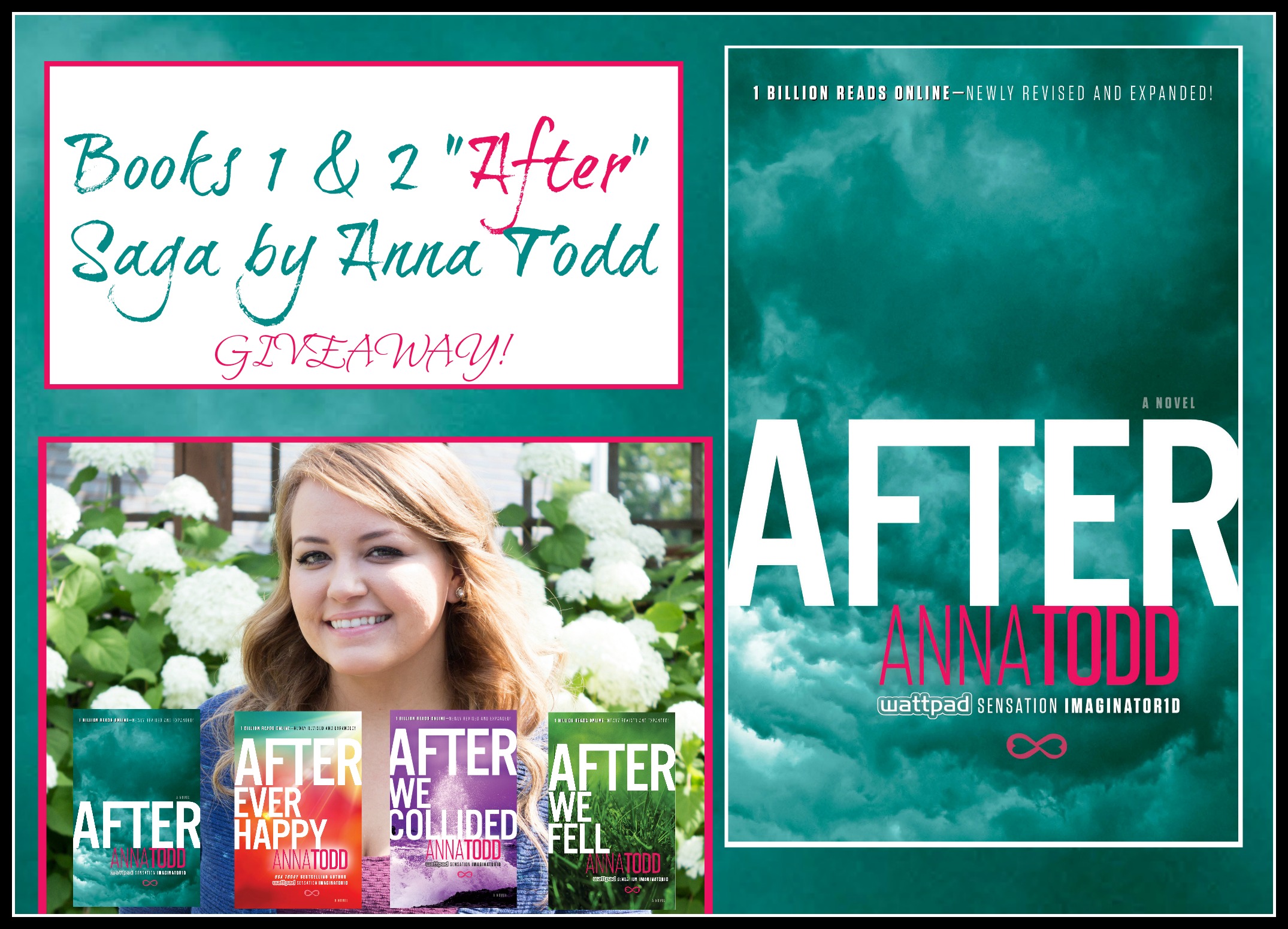 I love a good story! In this case, you get two great stories – the book itself, After, and the story of Anna Todd! Anna Todd, inspired by her love for a One Direction member began writing After between living the family life, going to appointments and the like, get this, she wrote it on her phone! Even cooler? After became one of the most talked about books last year!

Anna Todd’s After is especially inspiring to me as a blogger who enjoys writing each day. Anna wrote her book on Wattpad, a free social reading and writing app. She added a new installment every couple of days and it eventually grew to more than 2,500 pages! After was certainly a big hit! In a short time the book garnered more than a billion views and millions of comments.

Now the book is available in print form! It’s been available since October, 2014 and selling nicely. You can find it at Barnes & Noble or on e-Reader or enter below to win a copy of the first and second books!

Anna Todd’s After has not only morphed into a four-book series by Simon & Schuster, it’s also going to be a made into a movie thanks to Paramount Pictures which has acquired the film rights to adapt the After story for the big screen!

So, what’s After all about, anyway? Its a love story between college student Tessa and her boyfriend Hardin Scott whom was inspired by Harry Styles of One Direction. Hardin’s a bad boy and Tessa’s got it bad for him!

Anna Todd’s After leaped beyond Wattpad and into social media, too. If you want to find out more about her and follow her journey. Follow her on Wattpad as Imaginator1D, Twitter as @Imaginator1Dx, and Instagram @Imaginator1D

To learn more about how you can get started reading and writing on Wattpad click here.

And, here are a couple great stories about Anna Todd’s After in Cosmo, the New York Times, and USA Today!

Enter the giveaway below for your chance to win Anna Todd’s first two books from the #AfterSaga! A winner will be selected on 1/14/15 at 11:59pm EST. Good luck!

Disclosure: I participated in this sponsored campaign on behalf of One2One Network. All opinions stated are my own.