Dec 12, 2014 does child need urgent care, emergencies requiring urgent care, Take Your Child To The Urgent Care, when to go to emergency room 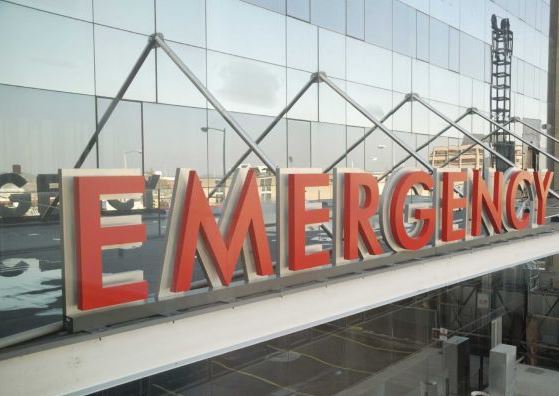 Sometimes children get sick or hurt themselves late at night or during the weekend when regular doctor’s offices aren’t open. Some of these ailments may be minor and not require taking them to the urgent care center, but some of them are major and need treatment. How do you know the difference? The following six symptoms or ailments should never be ignored in a child and should result in an immediate trip to the urgent care center.

A stiff neck can either indicate that your child slept oddly, but it can also be something as severe as meningitis. If your child just has a stiff neck and no other symptom, it could just simply mean they slept wrong. But a stiff neck with a headache and a fever could indicate meningitis and should be treated promptly.

Head injuries in children should always be addressed right away, no matter how minor. Any head injury opens up the possibility for a brain injury or a concussion. It’s always better to be safe than sorry when it comes to these types of injuries, even if the child appears to be fine.

Headaches that go away with pain medication and sleep aren’t always serious enough to warrant a trip to the urgent care center. But if the headache is paired with a fever, rash or stiff neck, the symptoms should be evaluated by a doctor sooner rather than later.

4. High Fever In Child Over One

A child under age two with a fever should be taken to the urgent care within two days, while children over two should be taken in with a temperature of 104, or a fever that lasts a few days. Pay attention to fevers and keep a good record if it is getting worse or not. High temperatures should never be ignored, however, even if they haven’t had it for that long.

If after pressing on a rash it turns white and then goes back to how it was before, it’s most likely not a big deal. However, a red or purple speckled rash that doesn’t turn white can indicate a serious problem. A rash along with itchiness or difficulty breathing could also indicate an allergic reaction which require a trip to the doctor immediately.

Stomach bugs are relatively normal, but dehydration is a serious concern. If your child is getting worse and can’t keep anything down, then it would be a good idea to visit the urgent care center to help the child get re-hydrated.

Jumping the gun and taking your child to the urgent care center over any minor symptom could drain your wallet, but paying close attention to your children’s symptoms can really help you determine what to do. If you have any questions or are concerned about your child’s health, do not hesitate to take them to a doctor right away.