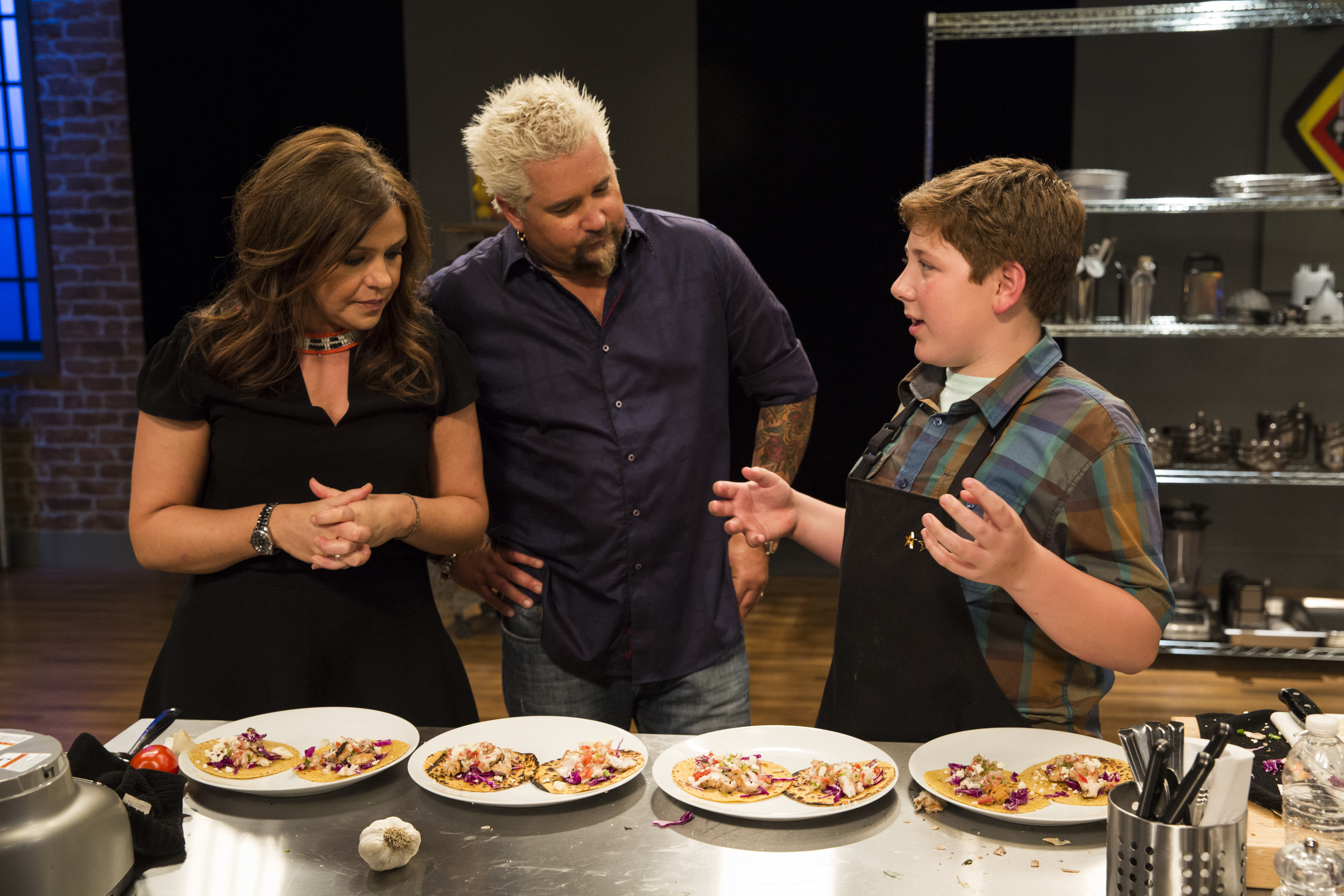 Have you ever wanted to take a trip down to the Jersey Shore to catch a tan and enjoy some boardwalk fries or an amazing bowl of seafood chowder? Or wished you could sit down in an iconic Jersey diner to chow down on the state’s famous pork roll? The Jersey Shore Kid will take you there! Gibson Borelli, 12 year-old winner of Rachael vs. Guy: Kids Cook-Off season two, takes viewers on a culinary tour of his home state of New Jersey.

The Garden State’s cuisine is big and bold, and now Gibson is here to show adults and kids alike how to recreate some of New Jersey’s best-known dishes and how to cook with the local ingredients the state is known for. Growing up in New Jersey and spending time at the shore with his family, Gibson fell in love with all things Jersey when it comes to food. Now Gibson shares his favorite spots, and along the way, he’ll put his own spin on some Jersey classics.

Gibson Borelli, a 12 year-old Hoboken, New Jersey native, has been cooking since the age of 6 when his mother got him started with making chocolate chip cookies during Christmas. Gibson found cooking to be his calling, and is determined to show kids of very age, how cooking can be fun and delicious!

5 of the Best Refrigerator’s on the Market