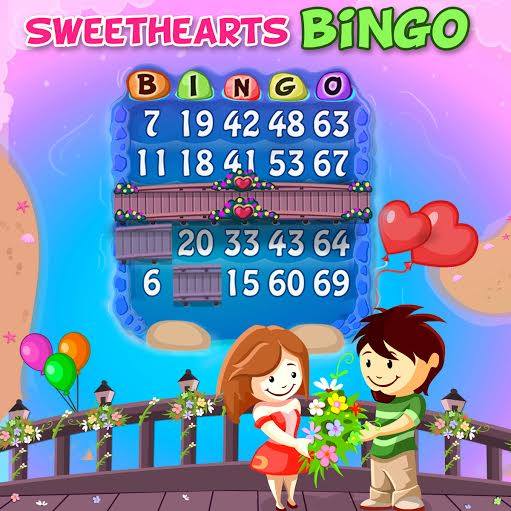 This is sponsored in part by Bingo Bash through my relationship with BlogDash.  All opions are my own.

Bingo! No, really! BINGO!! It’s probably one of my favorite games to play in real life and online. I used to always want to go with my mom, aunt and grandmother whenever they’d go to play Bingo but of course I couldn’t because I wasn’t old enough. My mom always promised she’d take me when I turned 18. And, she kept that promise!

On my 18th birthday I, along with Mom, Aunt Rita and Gram pulled into the parking lot for the Bingo hall! I was so excited but so nervous since I really had no idea what I was doing! Mom led me around gathering dobbers and bingo cards and then we settled into our seats.

If there was one thing I knew for sure, it was that there was NO WAY I could yell out BINGO! in front of all those people!! Then, the unimaginable happened- I had a Bingo and lost all inhibitions… I stood up with all my 18 years of proudness and shouted BINGOOOOOOO! ME!! I GOT BINGO!!!! Ummmmm! Where the heck did that come from?!

Beginners luck!! They came, checked my card, confirmed my bingo and I collected something like $500. That was a HUGEEEE amount of money for me (who am I kidding- $500 today doesn’t last long but winning it would be amazing).  I’m pretty certain that I’ve never won a bingo game since- though I sure do love to try!

The last time I was out playing Bingo, I was a Mom myself, obviously. I think it was two years ago or so. I was with a group of ladies and we they weren’t the quitest bunch. Not intentionaly, but just having a good fun girls night out. The “older” ladies in the hall weren’t too impressed with our giggles and hushed us more than once. And, then my phone rang- in the middle of a game waiting on one number. I silenced it. It rang again. I figured I’d better answer and so, in the midst of many disapproving looks from the veteran bingo players I answered, listened and again I lost all inhibitions and exclaimed- Oh My God! Okay. I’ll be right there!!! Screw the dirty looks, I thought- my kid was hurt!

My oldest was ice skating at the local arena (Friday Night Skate!) and a girl had pushed him and he fell, cutting his head open. I scurried out of the bingo hall, leaving my chance at winning behind and to the arena. A few hours later I arrived at home with my teen and his stapled head. Perhaps that explains why I haven’t been back to the bingo hall in a while? Still, I need to get my bingo fix somwhere! So I play Bingo lottery scratch tickets and Bingo Bash on my iPhone and iPad. Don’t worry Android users! It’s available in the Google store, too!

Play Bingo on Your Phone or Tablet

So, I don’t get out much. And, when I do go out without kids in tow there’s usually some kind of bold reminder as to why I shouldn’t. My escape is this blog, and playing games on my iPad. Bingo Bash is probably my absolute favorite! And, I’m not alone! Bingo Bash has been in the top 10 iPad lists for years now! They are the ONLY game that has innovated classic bingo and you can actually win real prizes like Amazon gift cards!

It’s such a fun way to escape- but I’ll warn you. It’s addicting!! There’s more than 340 levels of Bingo fun! It never gets boring! As a mom its practically my best friend. (Read- MOM! What’s taking you so long in the bathroom? I’ll be right BINGO! I mean, right out!).

Right now, I love to play Bingo Bash Sweethearts Bingo! It is, afterall, the season of LOVE! Each season Bingo Bash players are rewarded with a new patented game. There are different types of Bingo like a leprechaun finding treasure, sweethearts meeting on a bridge, etc. They’ve even mixed Solitaire and Bingo to create Solitairingo- totally fun! Bingo Bash doesn’t mess around! They are the ONLY game that has innovated classic bingo. So, what are you waiting for? Don’t you have a Bingo game to play?!

Use FamilyTime App to Monitor and Manage Your Kids’ Tech Use

Party On with Bingo Online