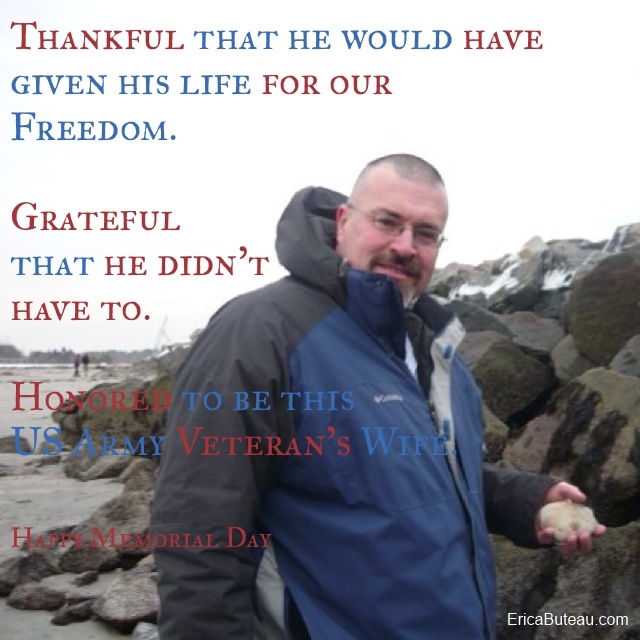 The above photo is of my husband, Rick. He is a Veteran and I’m so very proud to know, love and be married to this man. On Memorial Day weekend I think of two men. my husband and my grandfather.

Rick emlisted in the United States Army in 1984 (I was 5 years old!). He was Honorably Discharged in 1998. He was a STAFF SERGEANT (SSG) last based at Fort Leonard Wood and a Mental Health Specialist. He served for more than 13 years! Thank you, Rick, for your service!

In Loving Memory of

My grandfather Roma is still sadly missed after five years since he lost his long battle with cancer. A Corporal Marine who fought in World War II including the First Battalion, Fourth Marines and more impressively he was a part of the Sixth Marine Division who fought the Battle of Okinawa. He served from at least 1944-1946. You can watch the documentary on the 6th Marine Division below.

Notably, “It has a record of DISTINGUISHED SERVICE second to none and was awarded the coveted PRESIDENTIAL UNIT CITATION as a result of its SUPERIOR PERFORMANCE during the Battle of Okinawa.”

A wonderful man who we will never forget!

Thank you to the many men and women who served and who gave their lives for our Freedom!

Renting a Home vs. Apartment: Which is Best for You?