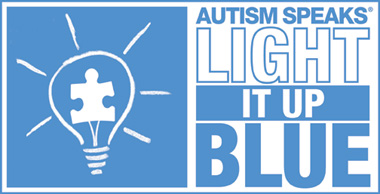 My daughter, now almost 12, never spoke a word until after the age of 3. She was different than my older son, different from other children her age. Everyone said not to compare, she’s just on a different level. Her cousin, 10 days younger excelled where she lagged behind in first steps, first words, communicating with me. She did things differently and I accepted and loved her with all of my heart and soul and refused to let anyone treat her differently, unless with a bit more compassion and understanding. I knew what she was asking for because she taught me, without words. When she began talking, people might not have understood her words but they certainly heard her. She. Was. LOUD. Very loud. And, still is. I’m so used to it that I forget, until others cast their disapproving looks or make their snide comments. Screw them! I’m blessed that she speaks at all!

We learned that my Daughter’s loud voice was partly because of scarring caused by repetitive ear infections which reduced her hearing some. And, largely because Kendra was exhibiting one of many symptoms of Pervasive Developmental Disorder (PDD). PDD covers a wide range of behaviors and abilities. People who have PDD, like all people, differ greatly in the way they act and what they can do. No two people with PDD will have the same symptoms. A PDD symptom might be mild in one person and severe in another person (MedTV). Like there are varying degrees, there are varying types, or “labels” such as Autism, Asperger Syndrome, Rett Syndrome and Kendra’s label, which is sometimes quite unhelpful, Pervasive developmental disorder — not otherwise specified (PDD-NOS, including atypical autism).

My daughter never “played” with toys. Never. She never cuddled a doll or brushed its hair, until she was at least 10 years old. I tried. She had them. She just didn’t care. She’d chew on them. Throw them around but never played with them in the traditional little girl style. She also has continued to have trouble connecting with others, on a peer-social level. She has difficulty making and retaining friends. She’s bossy and often overbearing during social interactions with others. She has trouble in school, a mix of PDD-NOS, ADHD, ODD, LD-NOS and Dislexia. Her fine and gross motor delays are addressed with the help of in-school Occupational Therapists and her inability to focus and be anything remotely related to organized are helped with the assistance of a Paraprofessional, since Kindergarten. She’s in the 6th grade, part of our local Junior High and that, plus the age of hormonal insanity has made this school year one of the most challenging yet.

She also is extremely sensitive to routine changes, had difficulty adjusting to different scenarios since birth and to this day has difficulty with a lot of outside stimulation. An exciting Daddy-Daughter Dance left her reeling for hours, completely unhinged and just acting quite outside her norm. She had fun, was happy to go but internalizing that experience, although positive, was too much for her. She gets stuck in ruts and routines. She says things that are often cruel without realizing why they hurt people.  Her understanding of cause and effect and repercussions for behavior is limited. She does impulsive, and often strange things and I’ve got to keep a fairly close eye on her most of the time. An example, she was sitting in the front seat of my Jeep last week, chatting away. Randomly, she opened the glove box, found some hand sanitizer, opened it, poured some on her jacket sleeve and started to lick it before i could stop her. Another day she walked into the bathroom just ahead of me as I was going to help her with her hair, picked up a tube of toothpaste and just started squirting it out. She’s quick and impulsive. She keeps me on my toes!!

And, she loves unconditionally, openly and can be the absolute sweetest girl on the planet. She is the light of my life, the apple in my eye and, though days can be hard and times can be tough, I wouldn’t trade her for anything or anyone else in the world! My hope in sharing her story here today, in honor of National Autism Awareness Day and Month is to empower other parents out there doing the best they can with children on the spectrum. And to teach those that don’t understand that the child “on their nerves” may not be at fault, and quite possibly, neither are their parents. Please don’t judge without knowing the facts!

There is hope, there is a light and it shines, brightly with compassion, love and support. People don’t always understand but please take comfort in knowing that so many people DO understand, they’ve been there, they are there, they are the grandparent, brother, sister, cousin of someone with Autism. Don’t ever give up hope. Dare to dream, to live, to love and keep on keeping on.

What Are the Symptoms?

Symptoms of pervasive developmental disorders may include:

How Can You Learn More and Show Support?

Information from Autism Speaks about Light It Up Blue!;

Each April 2, Autism Speaks celebrates Light It Up Blue along with the international autism community, in commemoration of the United Nations-sanctioned World Autism Awareness Day. Light It Up Blue is a unique global initiative that kicks-off Autism Awareness Month and helps raise awareness about autism. In honor of this historic day, many iconic landmarks, hotels, sporting venues, concert halls, museums, bridges and retail stores are among the hundreds of thousands of homes and communities that take part to Light It Up Blue.

Who can Light It Up Blue?

Autism Speaks was founded in February 2005 by Bob and Suzanne Wright, grandparents of a child with autism. Autism is a complex neurobiological disorder that inhibits a person’s ability to communicate and develop social relationships, and is often accompanied by behavioral challenges. Autism spectrum disorders are diagnosed in one in 88 children; one in 54 boys in the United States, affecting four times as many boys as girls. The Centers for Disease Control and Prevention have called autism a national public health crisis whose cause and cure remain unknown.

The mission of Autism Speaks is to change the future for all who struggle with autism spectrum disorders. We are dedicated to funding global biomedical research into the causes, prevention, treatments, and cure for autism; to raising public awareness about autism and its effects on individuals, families, and society; and to bringing hope to all who deal with the hardships of this disorder. We are committed to raising the funds necessary to support these goals.

Disclaimer: Although some of my posts are sponsored by various companies and organizations, this particular post is NOT sponsored. The post is entireley driven by my own personal experience, life as a mother of a child on the Autism spectrum and true support of organizations such as Autism Speaks. Information for this post was compiled using the following resources:

Creative Ways to Boost Your Confidence