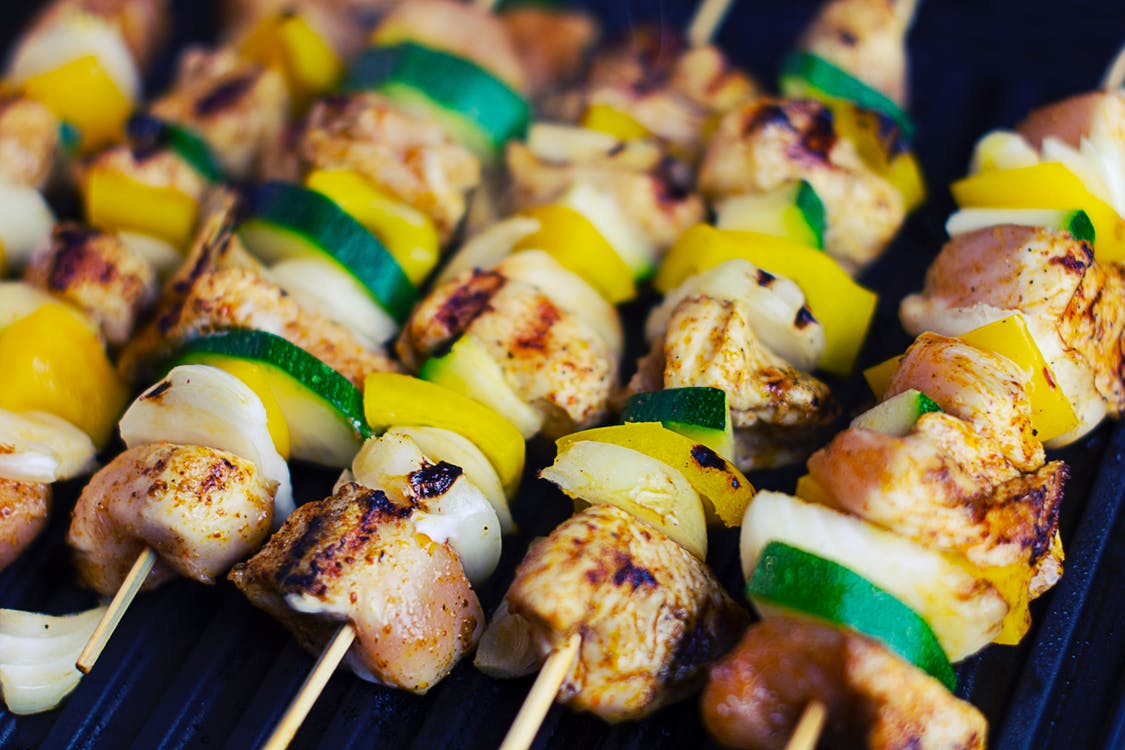 With BBQ and smoked meat, it’s often been stated incorrectly that cutting off excess fat makes the meal less delicious. It’s easy to forget that there’s plenty of fat stored within the meat itself to keep it juicy and plump during the cooking process. You can also use some tricks to enhance the natural flavors too.

Here are a few cooking tips to keep the calories lower while not sacrificing flavor.

When it comes to choosing cuts of meat that reduce the amount of white-colored fat sizzling on the bars of the grill, leaner is better. Cutting down on the saturated fat you consume makes a difference in the fight against a variety of types of cancer and makes it easier to stay trim without constantly being on a diet too.

During times when you’re shopping for meat to use for a BBQ or to smoke using an electric smoker (check out the best smoker models at electricsmokercenter.com) select naturally leaner cuts to stay healthy. Even after you’ve done that, look over the meat to see if there are excess strips of fat to cut away before cooking them.

Load Up on the Veggies

Just like with any great kebab skewer that’s improved by mixing different cubes of meat with slices of onion, sun-dried tomatoes, and other colorful additions, the same can be said for other meat dishes too. Adding juicy vegetables that have been charred over the charcoal or given a richer taste through the oven smoking process infuses the tender skin of these delicate vegetables with a hint of something extra special. Whether that’s the electric smoker or BBQ influenced flavor, vegetables that have been quickly cooked in this way don’t lack for color or taste.

To mix up the enjoyment of a meat feast, using a plank of wood over the grill, place a slice of open salmon on top of it. Consider using a honey glaze, a mix of miso and honey as an exotic marinade, or going simpler with just peppercorns and some herbs to add more flavor to the fish while it’s cooking. Use the grill to give the fish surface a hot flame for a few minutes to seal in the sauce. Once this has been done, use the plank of wood to let the salmon cook through away from the direct flame for up to 25 minutes.

For dishes that are primarily meat-based and have few vegetables to speak of, prepare a separate salad to compliment the dish. There are many different directions to go with a salad. A salad doesn’t have to mean boring lettuce and nothing inspiring! Just be careful not to overdo it with the dressing, as not everyone enjoys a strong vinaigrette with their crunchy side dish.

Adding herbs, perhaps a dash of spice here and there, and coupled with some interesting sauces adds considerably to lean cuts of meat. Either including extra vegetables in each dish or preparing a separate salad makes the plate colorful and the meal better balanced too.