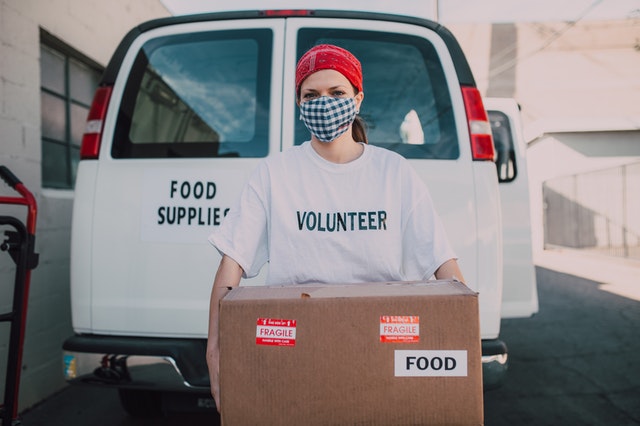 Do you have some extra money to donate? You may be wondering what the best way to give back is and who needs help. Here are five organizations that every person should donate to.

Each year, thousands of human beings get sold as human slaves for about $1,000 to $5,000 by human trafficking organizations and coyotes. These coyotes lure our loved ones with promises of jobs and better lives. Still, instead, they end up as human slaves in deplorable conditions: often physically and sexually abused and living in fear for their lives.

The American Cancer Society is one of the leading charitable organizations in the world dedicated to promoting breast cancer awareness, educating women on how to reduce their risk, and providing access to mammograms for those who cannot afford them. However, many people believe that one should support other charities focusing on health services rather than medical supplies. The American Cancer Society has done excellent work in terms of reducing mortality rates.

However, many people are generally unaware of the economic effects of cancer on the poor. In addition, supporters of the American Cancer Society have typically been those who can more easily afford to donate. In this regard, the ACS has not necessarily been as effective as it could reach more economically disadvantaged populations with its information on reducing breast cancer risk.

The Red Cross is the world’s largest charity. Its mission is to prevent and alleviate human suffering in the face of emergencies. It also promotes humanitarianism and peace. They rely on donations to support their work worldwide, including providing relief in response to disasters, teaching children about health and safety, providing first aid training, and supplying medical equipment for hospitals.

They teach children about health and safety so that they can save lives. Furthermore, they provide first aid training to help people respond better during disasters. Without donations, they wouldn’t be able to do any of their important work. The Red Cross also supplies medical equipment to hospitals that need it.

The United Nations International Children Education Fund is an organization that sets out to improve the lives of the world’s most vulnerable population-children. UNICEF was founded in 1946 by United Nations General Assembly resolution after World War II. The main goal of this organization was to provide relief and rehabilitation services for children in Europe who had been orphaned, widowed, or made homeless by the war.

UNICEF has since expanded to help children worldwide, pledging to provide children with nutritious food, clean water, education, and protection. The organization gets support from government donations as well as private individuals who support the UNICEF mission. World leaders have also joined together in the hope of helping vulnerable children around the world. You can make a difference by donating to UNICEF today.

If you’re looking to donate to a reputable charity, Habitat for Humanity is the best option. They have been around since 1976 and have helped over 100 million people. Not only do they help people, but they are also involved in other areas such as education, women’s empowerment, LGBT equality, disaster response, climate change, and so much more.

Habitat for Humanity gets involved in many areas of charity, all of which are very important. One place of their work that they focus on more than others is disaster relief. They respond to 140 disasters each year and house more than 42,000 people every year after a disaster, which is a lot of help for those in need.

The world can seem like a pretty dark place sometimes. But there are organizations all over the globe that are doing amazing work to make it brighter, safer, and more welcoming for everyone. The above are perfect examples of organizations doing an amazing job that you should consider investing in.

Here are the 6 Easiest Ways to Reduce Waste