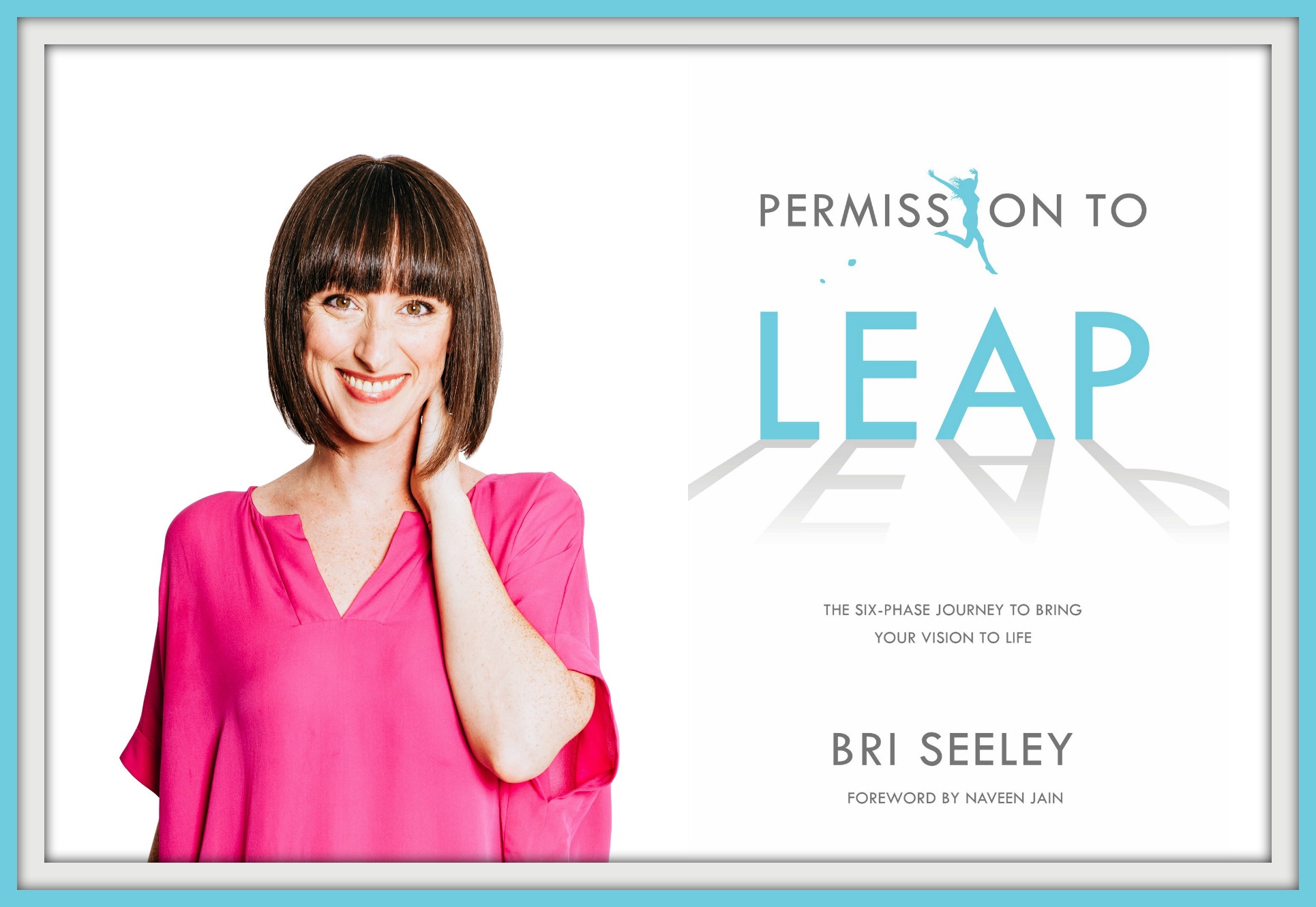 The following is a guest post written by Bri Seeley, Author of Permission to Leap: The Six-Phase Journey to Bringing Your Vision to Life.  I’m about halfway through the book myself and it’s really worth taking the time to read! Thanks, Bri!

Three years ago I lived a very different life. After receiving both a Bachelor’s Degree and a Master’s Diploma in Fashion Design, I was convinced it was my destiny to be a Fashion Designer. I had begun my own label and over a course of eight years had grown it so much, I was finding myself on stage at Los Angeles Fashion Week, the pages of Women’s Wear Daily (WWD), the cover of Apparel News and dressing the likes of Toni Braxton.

Everything my ego knew to be true about myself was wrapped up in this identify of “Fashion Designer.”

Until one Saturday in March when I ventured into a friend’s home for a meditation. It was during this meditation I received the message, “What are you doing? Seriously, stop. Fashion isn’t it. You need to close your brand.”

To be fair, I’d known this for a while. But I hadn’t allowed myself to go there or even begin to conceptualize what it meant to be a human that wasn’t a Fashion Designer. This message gave me permission to let go and move on. Four days later I announced that my brand was closed effective immediately and I was spun into full reinvention mode.

Here are my top 3 tips for reinventing yourself:

Over time, your inner transformation, commitment and daily inspired action will have created so many small shifts, you’ll look at the woman staring back at you in the mirror and not recognize her. Will you give yourself permission to leap into your reinvention today?

Bri Seeley is an inspirational woman who supports women around the world to bring their visions to life.

Bri is motivated by a deeply-held belief that every woman deserves to live a life that inspires her, and her work reflects this deep remembering of the possibility – nay, inevitability – that our desires hold. Through her book, podcast, and 6-month training, Permission to Leap will guide you through the process of leaping from the day you commit to the day you land softly on the other side.

A catalyst, speaker, and author, she is a regular contributor for The Huffington Post and Influencive and is known by many for her tell-it-like-it-is, out-of-the-box guidance that creates massive and epic changes in every woman she encounters.

Bri has been featured on NBC’s The TODAY Show, Forbes, Inc, Medium, PBS, and Free Enterprise. Bri received the Outstanding Small Business award from the Los Angeles Mayor’s office and the Small Business Development Center in 2016.