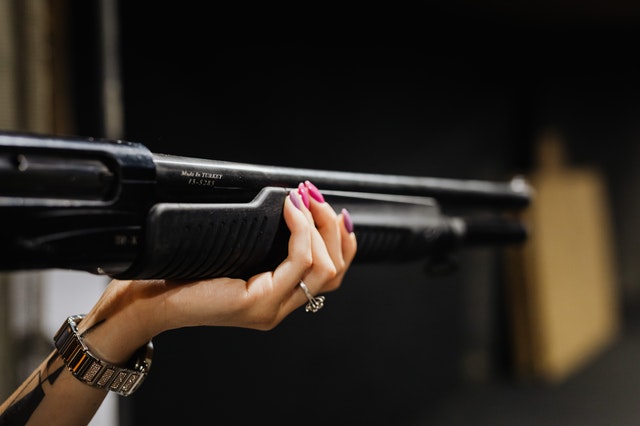 Owning a gun is a right for everyone in the country. But, that doesn’t mean you should own one without knowing how to use it. Learning proper gun safety techniques is important. Otherwise, you or a loved one could be at risk. Here are a few tips to ensure you’re doing everything safely.

First, make sure you’re legally able to own a weapon. Check a beginner’s guide to firearms to see licensing laws in your area. Each state has different requirements. But, most of them require some sort of license to own a gun. Don’t purchase one without holding the proper license. Or, you could be at risk of breaking the law.

Once you’ve got a gun, it’s time to learn how to hold it. First, you’ll need to focus on your trigger finger. That’s the one you’ll be using if you ever pull the trigger. Don’t just let your finger rest on the trigger all the time. That’s not a safe way to hold your new gun. Instead, try resting it on the hilt. Keeping your finger there will help to prevent any accidental misfires. A lot of guns don’t need much pressure at all to pull their trigger. So, if you held your finger there, you could fire it unintentionally.

Don’t Point the Gun Toward Other People

Also, make sure you know where you’re pointing the gun. Even unloaded weapons shouldn’t be pointed toward another person. Either point the gun toward the ground or the sky. If you’re indoors, it’s better to point at the ground. You can point toward the sky if you’re at an outdoor shooting range, though. You’re not going to shoot out a ceiling tile there.

Only point the weapon toward something you plan on shooting. That’s when you should put your finger on the trigger. Usually, you’ll only be doing that at the shooting range.

Unload the Gun Whenever It’s Not in Use

When you’re not using the gun, make sure it’s unloaded. Don’t leave rounds inside of the chamber. Uncock the gun and empty its clip. Store each of the parts separately. Point the gun toward a safe target and pull the trigger before storing it. That’s to make sure there’s nothing left in it. You don’t want to store a gun while it’s loaded. It could discharge inside of its safe.

Keep your ammunition somewhere away from the rest of your gun. Try locking them up using different keys as well. That’s going to prevent someone else from opening it up.

Wear Eye and Ear Protection at the Firing Range

Don’t spend too much time without proper protection at the firing range. Each time you fire a gun, it could be damaging your ears. Even muzzle flashes could do something bad to your eyes. So, you’ll want to wear protective gear whenever you’re there. Put on a pair of safety goggles. They’ll prevent debris from hurting your eyes. Plus, they’ll protect you from bright lights as well. Remember to get yourself a pair of earmuffs, too. They’re incredibly important if you value your hearing. Too much loud noise could damage it, permanently. So, make sure you’ve got them on each time you are at the range.

Gun safety starts at home. You should’ve unloaded everything before storing it. Don’t store too many guns in one location. And, keep their ammunition in another secure location. Don’t store both things in the same spot. Only let authorized people access your gun storage location. You wouldn’t want a child to get their hands on one of them. That could put everyone in danger.

Learning how to handle a gun doesn’t take long at all. Mastering them takes a lot longer. Start by developing a good understanding of the basics. Focus on proper handling protocols. Then, figure out where you’re going to store everything. Once you’ve got a weapon you like, take it to the range. That’s where you’ll learn how to use it the best. Ask other people for tips while you’re there.

Looking After Your Old Vehicle